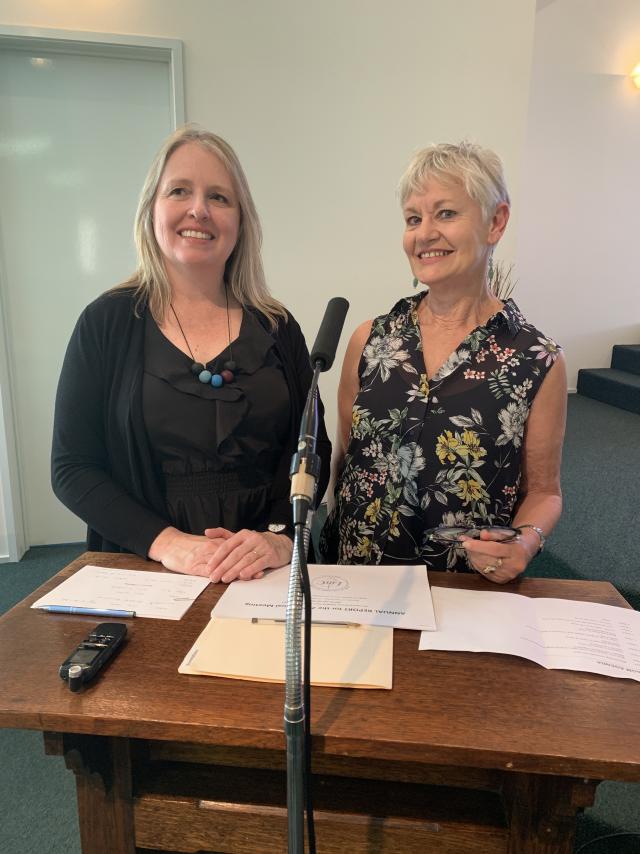 LinC Yarra Valley has been supporting community members for over 30 years in the Upper Yarra, starting from the hopes of founder Marylin Leermakers, to now involving churches down the length of the Warburton Highway and having expanded nationally.

Both said they have enjoyed the relationship they have formed through their involvement with LinC.

“For me, it’s the clients that come through and you see every Friday, seeing their faces when you are able to supplement their weekly expenses with fresh food,” said Mr Knoll.

“For me, it’s the relationships that have been formed, the people that I’ve got to know, a wide variety of people from many different churches and from the community, as well as just the satisfaction of knowing that you’ve helped to make somebody’s path a little bit smoother.”

Ms Leermakers is now the president of LinC National, which has spread out to New South Wales, Queensland and Western Australia as well as to other communities in Victoria.

Ms Leermakers said her motivation when she founded LinC 30 years ago is pretty much the same as it is now.

“I just wanted to reach out to people who were having difficulty in accessing services and try and make a difference in the community, make it a better place to live and a happier place for vulnerable people,” said Ms Leermakers.

“It makes impacts for people right across the board, that’s what excites you about it, you make some wonderful friends, both from your volunteer pool and in the community.”

“Marylin makes herself available to assist the LinC board of management with ideas and strategy and is equally willing to assist members of her community with help when they need it,” she said.

“I’d like to thank her for her continued commitment to the vision God gave her to set up the LinC networks Australia wide, to support our churches to meet the needs of vulnerable people in our communities. Thousands of people have been helped because of her.”

Ms Szabo said Mr Knoll has helped to strengthen LinC in many ways.

“He has worked with his team and team leaders along with many local organisations to ensure continued food security for our clients,” she said.

“He helped implement our new ways of working strategy including communicating our outcomes in a way we can all understand.”

Both Ms Leermakers and Mr Knoll felt honoured to have been singled out for plaudits.

“It’s gratifying to see that LinC continues to play a really active role in this community. To see LinC is still in capable hands, and it’s continuing to fulfil its function and the community, that makes me feel very blessed,” Ms Leermakers said.

“Sometimes it’s a bit humiliating because they see me as the person who does it when I have a whole team in the background that works all the time. I get overwhelmed with it, in a good way, sometimes.” Mr Knoll said.

Going forward, Ms Leermakers is looking forward to her advisory roles in volunteer organisations such as LinC Yarra Valley, HICCI and within her church, while Mr Knoll is hopeful of helping more communities, with a program that is moving into Mt Evelyn soon to ‘LinC’ up with the organisation.