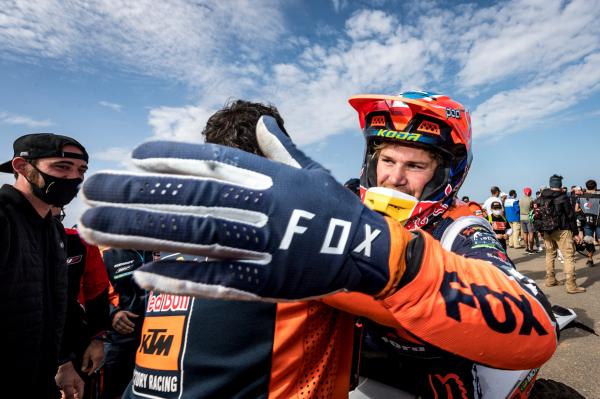 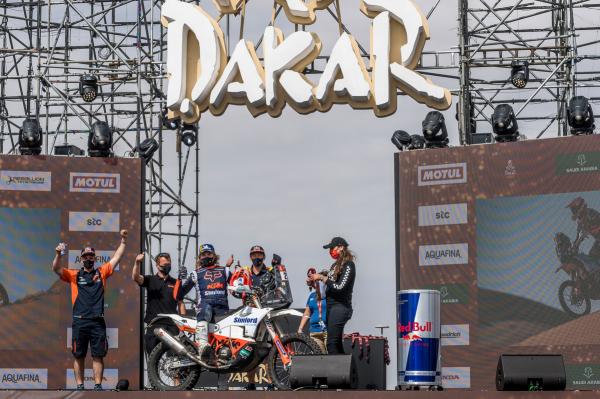 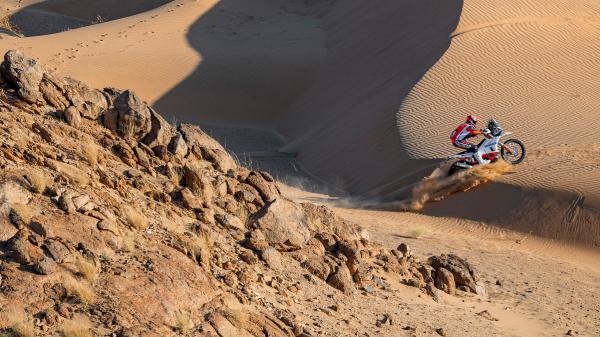 When Daniel Sanders gets out of hotel quarantine, the first thing he wants to do is bite into a homegrown […]

When Daniel Sanders gets out of hotel quarantine, the first thing he wants to do is bite into a homegrown apple pulled straight from the tree at his family’s Three Bridges orchard.

With nothing but four walls, a playstation and an exercise bike to keep himself entertained, Sanders has plenty of time to rest and reflect on the mammoth 12-day race he just completed at the 2021 Dakar Rally.

“It was a really good experience. I was going in with high expectations but then again, because it’s my first time, I just wanted to finish the event and experience the whole procedure of it all,” he said.

The Dakar is an off-road endurance event through the sand dunes and rocky terrain of Saudi Arabia. Competitors complete one stage each day, navigating their way with just a roadbook on their handlebars while riding at speeds of up to 180km/ph.

Sanders placed fourth overall and came first in the ‘Rookie’ category in his first ever Dakar attempt – racing over 8,000km by the time he reached the final finish line on day 12.

“My goal was to try and finish in the top five, which even if I did that would have been a massive achievement,” he said.

Sanders said the biggest challenge of the 12 days of racing “was probably in the last week”.

“I had a couple of big crashes and hurt the body a bit, so the biggest challenge was getting out of bed and getting focused,” he said.

Days at the Dakar started well-before sunrise, with riders making their way through a road section before beginning the timed stage “just on daylight” each morning.

Having never rode or raced a rally bike before, Sanders said he picked up the navigation system through practices in Spain and Dubai in the few months prior to the race.

“I can ride a bike but this race if you can’t navigate you don’t know where to go,” he explained.

“In the first 20kms into the 450km stage, the guy who won it last time and another good rider were in front of me and I saw them go the wrong way, it was like do I trust my instincts or just follow them. This year was all about learning and gathering experience,” he said.

And experience it provided – with Sanders dealing everything from a bee-sting to the lip, a cut mouth requiring stitches, and also having to nurse the bike through the marathon stages with a bent front wheel while trying to maintain his top ten position.

“I didn’t know I’d busted my lip, I didn’t check the mirror out in the desert. You just crash, get up and jump around and if nothing is broken just jump back on the bike,” he said.

Sanders came across injured team-mate and world champion Toby Price during the stage nine race and stopped briefly to check if the fellow Aussie was “all good”.

“This rally is probably the most dangerous race, especially going two weeks at a max speed of 180kms. When I saw there was a bike down there was already a couple of guys stopped and a chopper landing. I saw it was Tobes and quickly stopped,” he said.

“Two riders will get their time back for stopping to help but anyone else, unless they can help, they don’t. I wasn’t there to win it, I stopped for probably 30 seconds. It was tough to see him down but I wanted to see if he was all good, mainly for me to know he was all good while I was riding,” he said.

Sanders said at this stage he is back with KTM Factory Racing for the year, with his next race being the World Rally Championship in May or June.

Having made a successful start in rally racing, Sanders said he will “definitely be back” at the Dakar start-line next January.

“I’ll have more of an understanding and hopefully get on the podium,” he said.

“I’m contracted through KTM Factory in Europe so will be racing overseas but still want to try and do the Finke in Alice Springs and the Hattah in Mildura in July.

“I still want to do races just for some fun and to keep the racing feeling alive, because we don’t know what’s happening this year with the whole world and Covid,” he said.

In the meantime, Sanders is looking forward to a little break, catching up with friends and family and making some makeshift road and navigation books to practice on his home track at his Three Bridges property.

“Hopefully there will still be a bit of summer left, it’s always good to come home and get back into the Yarra Valley. There’s no fresher air and the freedom we have is the best,” he said.