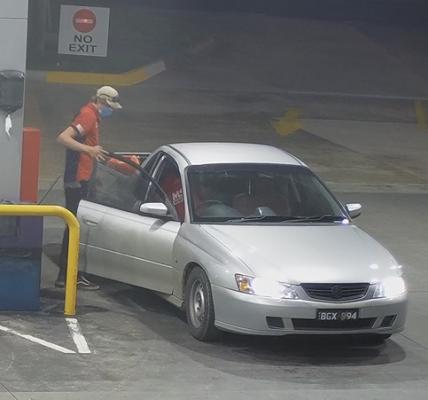 Yarra Ranges Police are on the hunt for a man who allegedly stole petrol from a Wandin North service station.

On Monday 18 October, it is alleged the person in a red shirt and white cap, attended the service station and filled a silver Holden ute and jerry can with $101 worth of fuel.

On Saturday 23 October at about 2.45am, the vehicle was observed by Police around the Mount Evelyn area.

Offices attempted to intercept the vehicle but they were unsuccessful.

Police are urging anyone who may recognise the male or the vehicle to contact Croydon Divisional Tasking Unit on 9724 0100.