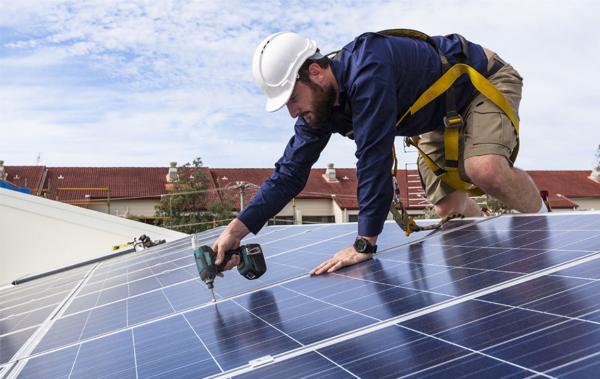 Local renewable energy group, Healesville CoRE, has obtained a $428,500 grant from Sustainability Victoria to establish and develop a community power hub for the greater Yarra Valley and Dandenong Ranges area.

Minister for Energy, Environment and Climate Change, Lily D’Ambrosio, made the announcement on Thursday 8 July as $3.73 million was allocated to seven not-for-profit and non-government organisations to work within their regions to develop community renewable energy projects.

“Together with our industry partner, Komo Energy, who will provide technical, professional and legal support, we are now well situated to develop a collaborative partnership with the other community energy groups to develop a range of small to medium renewable energy projects,” Mr Barlow said.

Mr Barlow said it was an incredibly important initiative by the Victorian Government.

“It will have a positive impact on our community, with the potential to support local businesses, create local employment and develop greater community support for renewable energy and other clean energy initiatives. The awarding of this grant now creates the opportunity for an exponential increase in community renewable energy in the region.”

“I am thrilled that Healesville CoRE will be leading a new Community Power Hub in the region, and will be working with other community renewable energy groups in Yarra Ranges and neighbouring municipalities,” Cr McAllister said.

“Healesville CoRE was formed only a few short years ago and with support from Council has gone from strength to strength – this is community action at its best.”