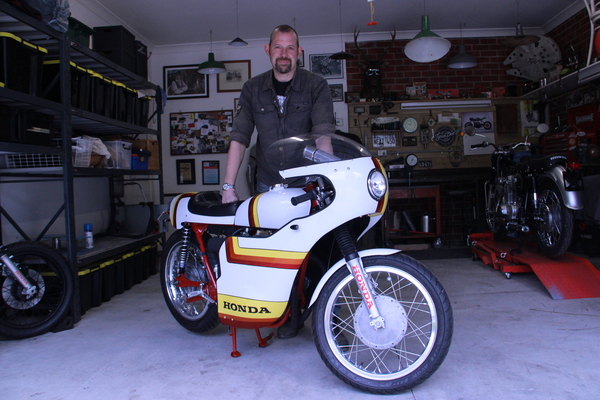 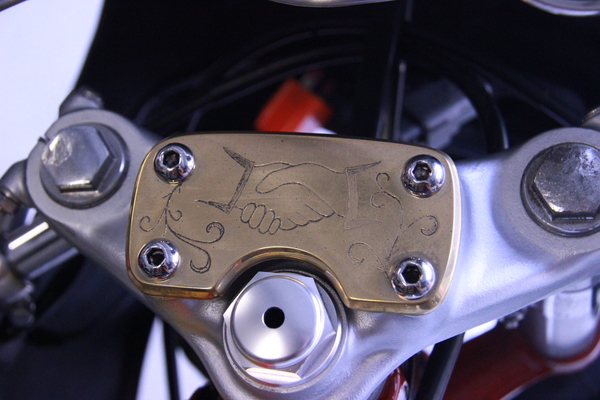 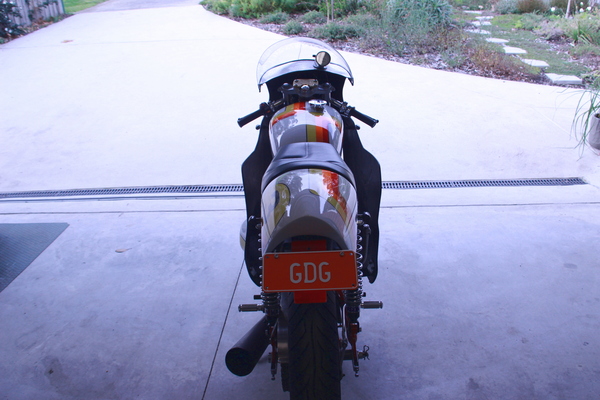 Over the last 18 months the motorbike was stripped down and had individual parts replaced, the frame repainted, the engine rebuilt and new bodywork was created.

The new-look motorcycle was the main prize in a raffle that raised $11,315 to be shared between Lilydale homeless organisation Holy Fools and to Junction Support Services in Albury-Wodonga.

“I’ve seen firsthand the issue of homelessness around Lilydale, so I thought that was a worthwhile issue to support,” Mr Overton said.

“It’s phenomenal. We totally rely on public donations and having Cliff and the Good Deed Garage choose Holy Fools as their charity is a breath of fresh air.

“Every dollar goes towards our outreach program and helps us get the message out there,” Mr Taylor said.

The motorbike only recently returned to Mr Overton’s garage in Healesville as the new body and paintwork of the motorbike was completed in Albury-Wodonga.

But the bike will soon be heading back north again as the lucky winner was a lady named Janese from North Albury.

“Good Deed Garage started about four years ago when I was off work and someone on Facebook offered up a free motorcycle and I thought I had the time to restore it and I could do that and sell it and put the money to charity.”

He was then offered another bike after someone had seen the work he put in to his first Good Deed Garage motorbike project.

That bike raised over $10,000 for the Make A Wish Foundation.

“I thought I was finished but then this bike turned up, so I thought I’ll do another one.”

Prior to the raffle, Mr Overton said, “Some people have bought 50 tickets. But for $10 you could have this bike.”

“We’ve sold tickets all around Australia and to people in places like Indonesia, New Zealand and to someone in Scotland… I’m not delivering!”

Second and third place prizes included a repurposed old radio that had been turned into a Bluetooth speaker and a T-shirt pack from a custom bike show.

“When you finish you sort of think, ‘what do I do now?’ I guess the joy is in the building of it.”

Mr Overton said he is glad to see the project finished and seeing the bike go to its next owner.