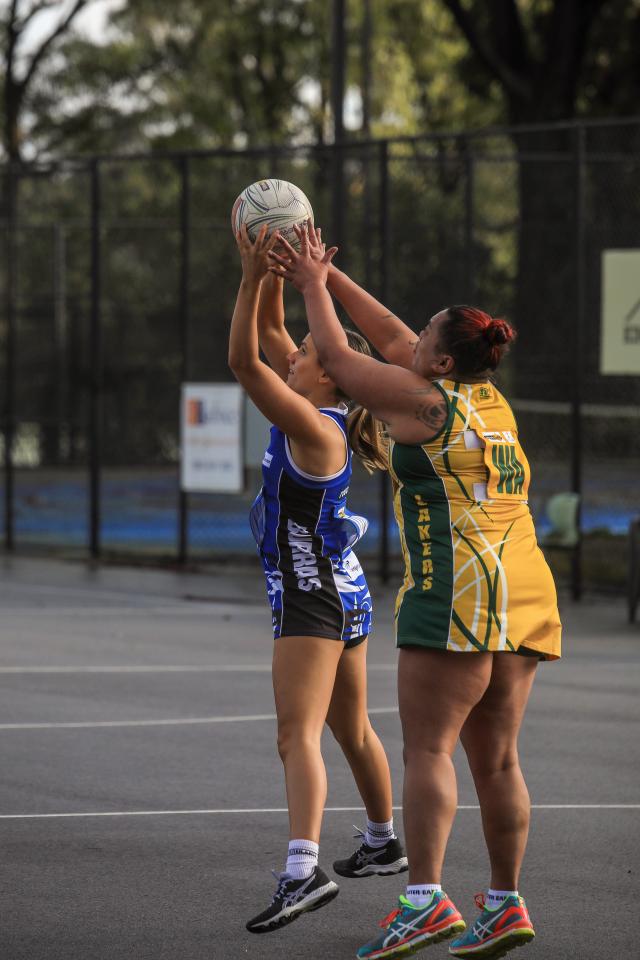 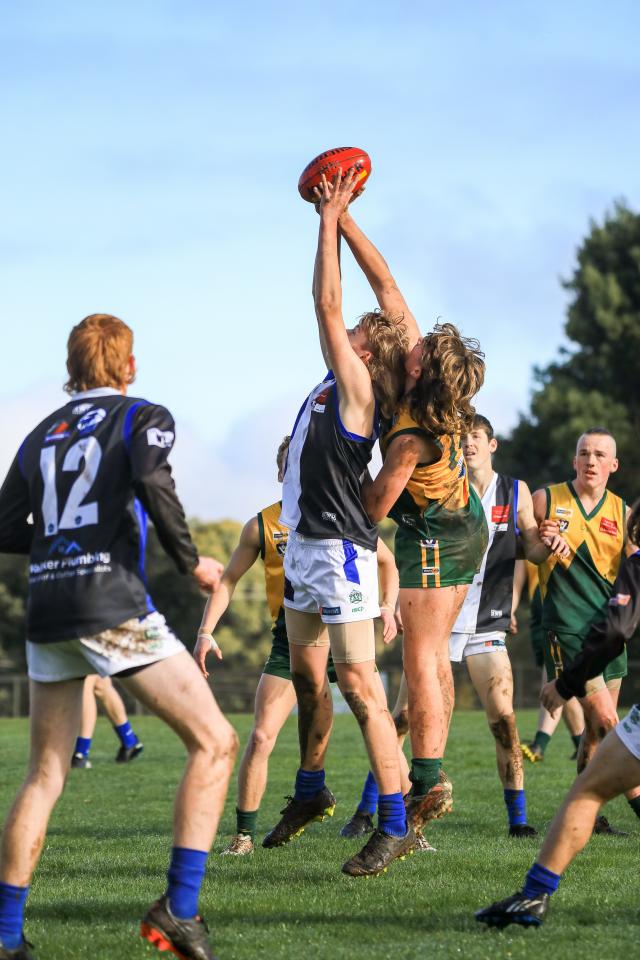 Another away game this week. Venturing over to Kinglake, with great weather, no fog and 5/6 wins. We had 3 netball games and 3 football matches this weekend.

Starting off on court was C Grade and it was another great win for this undefeated side securing a 10-45 win.

Emily Hay shot 27, Mel Hancock with 13 and Brooke de Pedro with 5. Bests for this match were Courtney Irwin, Bianca Fraser and Emily Hay. This team is smashing the season with 4 wins ahead on top of the ladder.

Under 18’s took the field in what was set to be a tough match in muddy conditions. Unfortunately for Warby, Kinglake ran away with a win at their home ground. Final scores were 12.14-86 to 4.6- 30 with Angus McDonald kicking 2 and both Liam Westlake and Tarkyn Nicolandos kicking 1 each. Bests for this match were Angus MacDonald, Liam Westlake, Hamish Murphy, Daniel Wills, Luke Anderson and Tyson Henry. The boys are sitting 2nd on the ladder, just under Kinglake by 1 win.

B Grade was on court next and secured another win by 20 goals. After a slowish start, the girls took control into the 2nd half and managed to push the margin at 3 qtr time from 8 to 20 by the end of the last term. Jordana Butcher put up 18 goals to her name, Alex Woods with 17 and Ella Meerkotter with 6. Solid performances from Chelsea Barnard, Tegan Butcher and Jordana Butcher, for this game. This team is also sitting 2nd on the ladder, only 1 win behind a strong Powelltown.

A Grade took the court next in ‘Match of the Round’ for the league. Another massive win by this team, who are also carrying on their undefeated streak since 2019. 23-62 was the final score with Shae Gee contributing 28 goals, Bianca Daniels with 23 and Kirralee Luiyf with 11. Bests for this match were Morgan Wyatt, Shae Gee and Taylah Moschetti. These girls sit 4 wins clear on top of the ladder, the finals series looks exciting for all our young netballers.

Reserves took the field in a closer win to other games. Kinglake secured a 16 point advantage at quarter time but the Burras were able to bring it back to 1 point going into the 2nd half. The boys managed to secure a 4.7-31 to 6.8-44 win, in what was an intense match. These boys remain undefeated since Round 2 in 2021 and currently sit 3 wins clear on top of the ladder. Awesome effort boys. Damien Egan secured 3 goals, having him kick 20 goals in just 5 matches. Scott Muir, Josh Read and Matt Sidari all kicked 1 goal each. Best players for this match were; Corrie Crunden, Tyson Henry, Ziggy Kneebone, Noah Erickson, Joshua Plunkett and David Bedggood.

The Senior group finished off the weekend in what left the whole crowd on the edge of their seats. Match of the Round for the league this weekend and it certainly lived up to its name. In a massive win and one that was certainly needed, the boys have secured 3 wins in a row and 5 for the season. Comparing the results from last time they met to the weekend just gone, it is a credit to the playing group, staff and Junior for the effort they have put in on and off-field. With close margins and different game leaders at the end of each term, it was Warby who came home with the 4 points by the end. 5 goals by Trent Elliot, Patty Huynh kicked 2 and Mitch Bonuda, Shaun Marusic, Tim McKail, Brady Mitchell and Brayden Woolridge all had 1. Best players for this match were Trent Elliott, Shannon Noonan, Shawn Andueza, Timothy McKail, Nelson Aldridge and Shaun Marusic. Well done boys. 11.13-79 to 12.14-86 was the final score.

To Broadford next week.