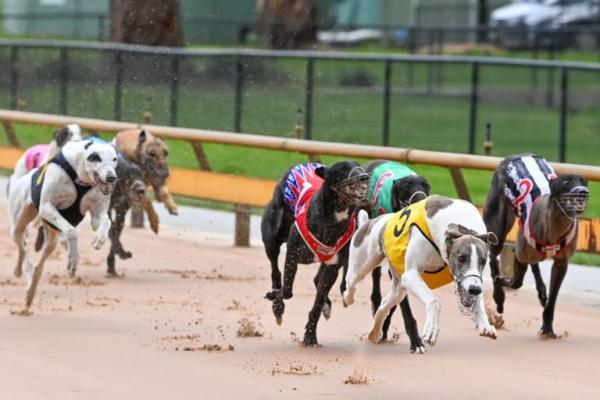 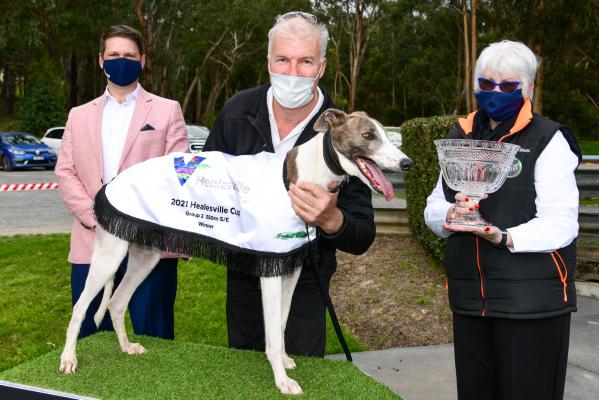 It was Ferdinand Boy’s third country cup title in 2021, with Lara trainer David Geall, who bred and races the regally-related son of Ferdinand Bale and Nayla Swift, a half-sister to Geall’s dual G1 winner Up Hill Jill, in partnership with wife Rose, celebrating a $100,000 payday.

In addition to the $50,000 Cup winner’s purse, Ferdinand Boy was also the recipient of a $50,000 bonus for winning three Victorian country cups in a calendar year, having reigned supreme at Ballarat and Shepparton earlier in the year.

“Absolutely over the moon,” said a delighted Geall.

“What a huge thrill. I just said to my wife Rose that after he won I didn’t even think about the money or the bonus, I just thought ‘We’ve won the Healesville Cup!’

“The great thing about this is that I’ve got a large family and I know they all would have been going berserk watching the race!”

Unbeaten in six appearances at Healesville, including the fastest heat performance, Hill Top Jonah started $2.60 favourite from Box 1, ahead of Ferdinand Boy at $3.10 from Box 5, which ran a close second in his heat to the unbeaten Aston Geneve ($7.20).

The only other runner at single figures was Tiggerlong Tonk at $7.50, which started favourite in the 2020 Cup when sixth to Zambora Lou.

While Geall felt Hill Top Jonah was his best chance, courtesy of a better draw, Ferdinand Boy rose to the occasion, burning to the front with a 6.42sec first split and dominating proceedings as he defeated the strong-finishing Tiggerlong Tonk by 2.67 lengths in a flying 18.88sec.