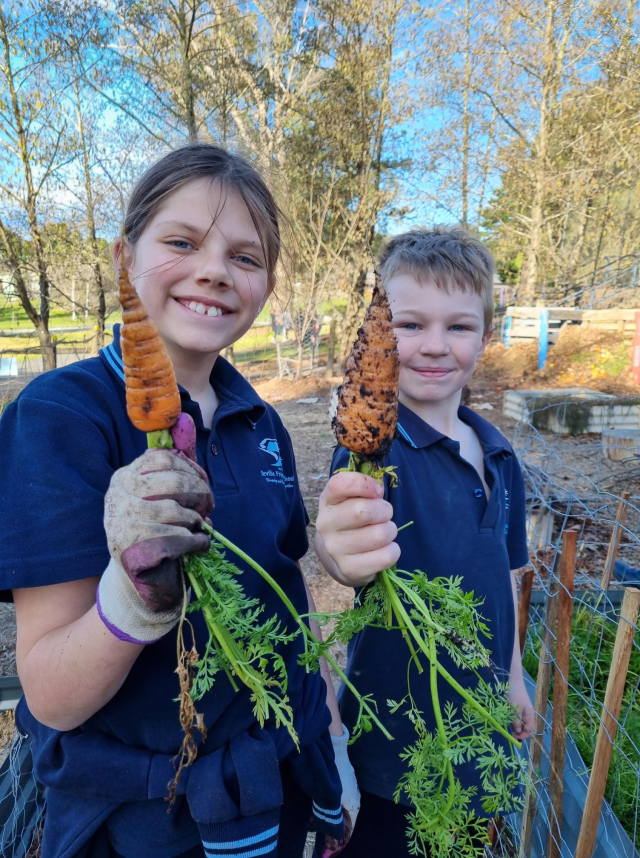 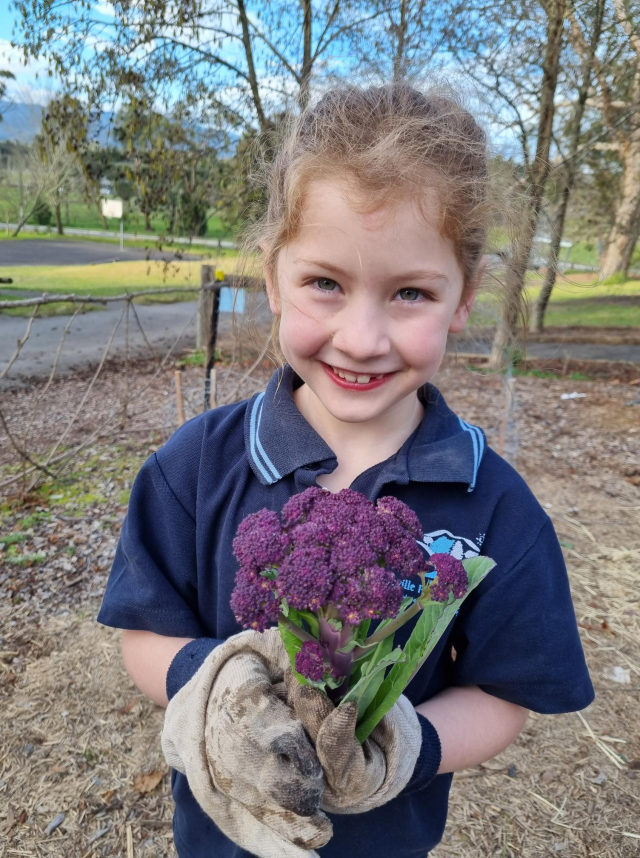 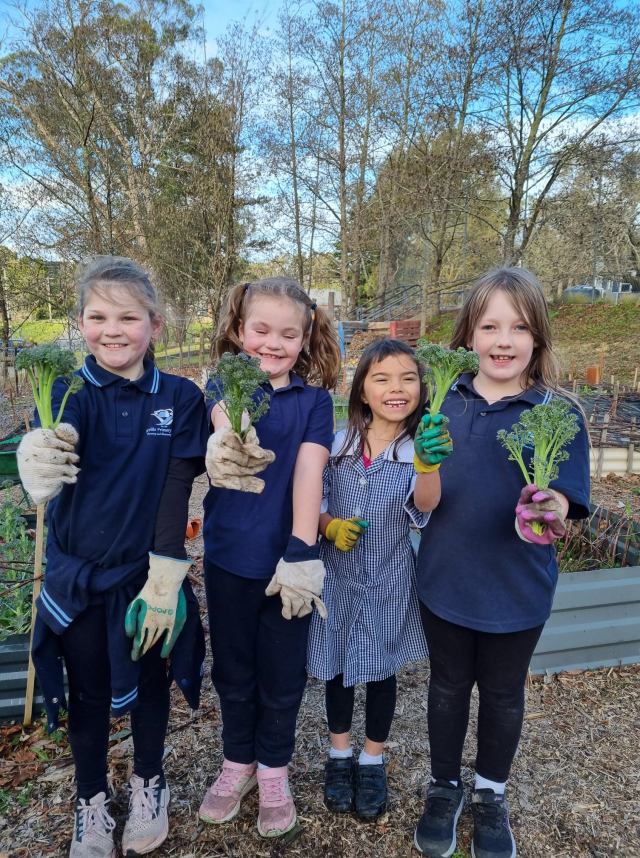 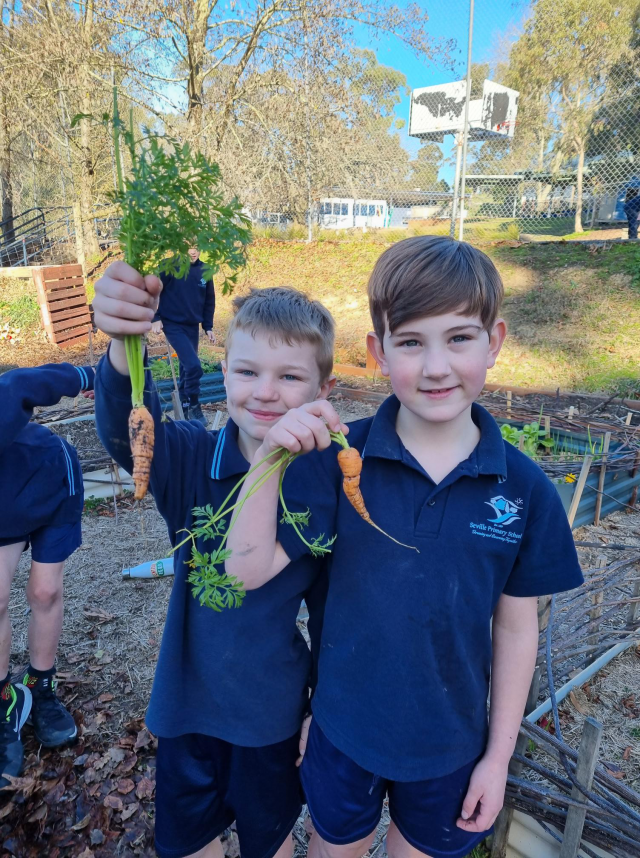 Seville Primary School have recently seen the fruits of the labour come to fruition, with students picking the fresh produce they helped grow this week,

The vegetables will be used in a delicious stir-fry the students will help make next week.

Prep teacher and Sustainability Coordinator Eliza Skate said the garden has started to produce lots of new crops now that the weather is warming up.

“This week we’ve been harvesting broccolini, broccoli, lettuce, cabbage, parsley, and some silverbeet as well,” she said.

“The kids have been tending, watering and looking after them for months now and it’s really exciting seeing their reactions when they see the produce is there in front of them in the garden now.”

The Seville Primary School has numerous veggie patches and apple boxes, with a rotation of fruits and vegetables being grown so students are always involved in the process and are planting and eating seasonally. As the broccoli came out, they began planting peas this week.

Ms Skate said she thinks the students are now starting to make connections between seeing fruits and vegetables in the supermarket with how long it actually takes to grow them.

“It helps educate them on food waste, the importance of seasonal eating and being selective in what you choose to buy, as well as obviously learning lots of kitchen skills, how to prepare the food, cook the food and the nutritional value,” she said.

“They’ve also been learning about organic produce and why there might be more bugs in a veggie patch, as opposed to at the supermarket and looking at the difference between the two. If there are holes in leaves or other things, it’s because of the natural bugs, as we haven’t used pesticides.”

In June, Seville Primary School were announced as a recipient of a grant of up to $1000 in the latest round of 2022 Woolworths Junior Landcare Grants to support the school’s sustainability program, which they intended to use to expand the number of veggie patches they had among other things.

Ms Skate said the program is coming along great.

“I love spending sustainability lessons with the kids, and they look forward to them as well,” she said.

“We’ve had lots of really positive parent feedback from the wider community, with parents volunteering to get involved. They are making comments about how they’re noticing that they’re eating and trying more foods they grow at home because they’re trying things in the veggie patch at school, which I think is a massive asset.”