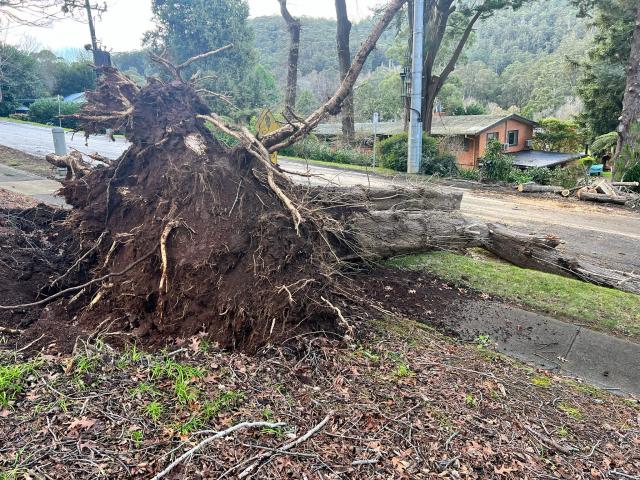 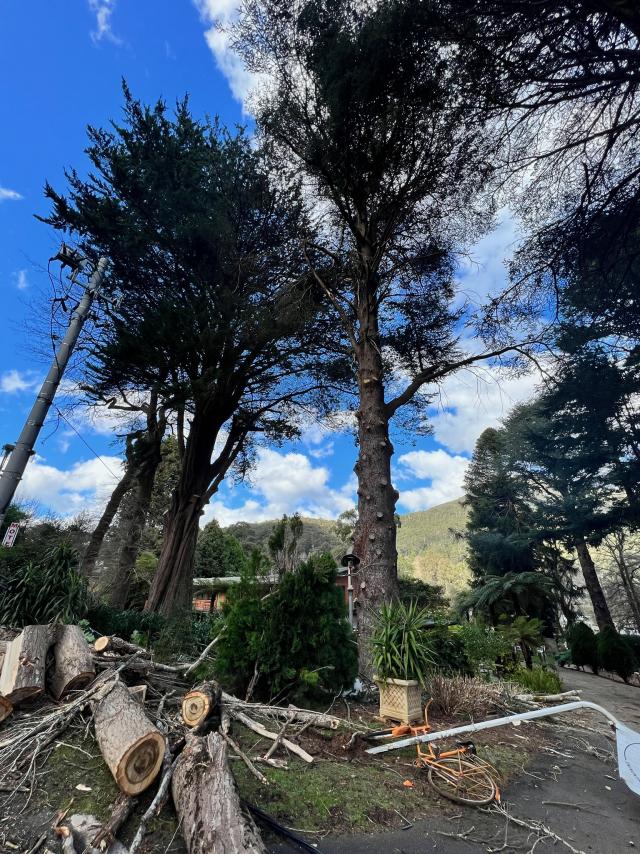 The Warburton Motel has been one of many impacted by the heavy winds that swept through the Yarra Ranges last night.

A large tree fell across Donna Buang Rd, one of 269 incidents of trees down statewide, a VICSES spokesperson confirmed.

The owner of the Warburton Motel Richard Stanwix said the motel had been forced to close as a result of the fallen tree.

“The tree from across the road has taken down the powerlines, damaged our entrance and blocked our driveway. We, unfortunately, spent the morning turning guests back, some sadly en route from New South Wales,” he said.

“It’s unfortunately quiet so far on day one. We haven’t seen any Council crews here to commence clean-up nor anybody from AusNet to commence repairs – thus we remain closed. I’ve been focused on our small pocket of the valley today but I can certainly hear plenty of chainsaws and I have seen multiple other notifications of store closures so it’s not just us impacted.”

The 269 tree incidents were a large part of the 318 incidents reported to VICSES, making a whopping near 85 per cent.

Mr Stanwix said he sees the inclement weather as signs of climate change in action.

“I’m more concerned about all levels of government and their response to climate change than I am the difficulties of each isolated event. These are all warnings to us and we need to respond,” he said.

“We are so lucky to live in this stunning environment but of course that comes with risk, amplified by the worsening intensity of weather events. I’m more inclined to thank these beautiful trees for the thousands of days that they stood rather than be angry with them for the day we humans forced them to fall.”

Upper Yarra SES was one of many units inundated with calls, but neighbouring Yarra Ranges unit Emerald SES were the busiest in all of Victoria with 60 calls.

At the time of writing, there were still eight reports of trees down in the Upper Yarra region on the VicEmergency website, and once report of building damage in Millgrove.