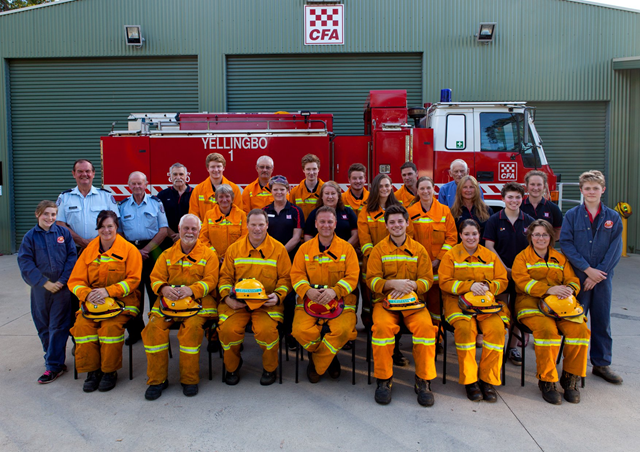 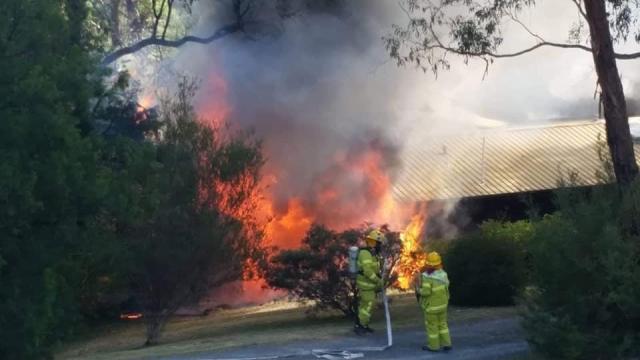 A record breaking year for SES

For the Upper Yarra SES unit, flooding was the biggest issue for the crews this year which saw the most requests for assistance during the June and November storms.

Upper Yarra SES Deputy Controller Michael Young said the flooding at the caravan park, was one that stuck in his mind part of the storm June event.

Mr Young said there was unverified reports of up to 200mls of rain during the June storm.

“The damage from the two main events this year, I haven’t seen it like that.”

Power and phone services being disrupted also affected Upper Yarra residents and crews, Mr Young said it was difficult for locals to actually call in with requests for help.

“The major issue for us there is the Telstra tower up on Mount Victoria, the generator which is meant to kick in – didn’t. So the battery backup for the phone tower was exhausted after several hours and therefore if you were with Telstra you had no phone service for a few days which made it interesting.”

Now all units are putting 2021 behind them and are looking for new recruits to join.

“In the last 12 months we’ve welcomed six new members, so they’ve done all basic training and are ready to go out on jobs, so hopefully, the weather gods decide to play nicely.”

“It’s basically been two years worth of an impact on that, so that has flow on effects – for the members that we do have, with a constant high demand on our services, and a pause on the number of people that were able to be recruited means that we have to do some catch up to bring that back into balance,” Mr Worley said.

Anyone interested in volunteering for a local emergency services, be it CFA or SES, is urged to get in touch.

“In an emergency, when community really needs help, that you’ll be trained to actually play a role in that. And that role can be all sorts of rolls from from frontline with a chainsaw in your hands, to four to rescuing somebody from the car or filling sandbags to stop the house from flooding,” Ms Zwagerman said.

2021 also posed a unique opportunity which saw Ambulance Victoria and SES join together to support during emergency call outs.

“We had the surge forces created where professional paramedics split and paired with SES and other volunteers,” Andrew Turner, Ambulance Victoria Healesville team manager, said.

Mr Turner said Ambulance Victoria saw a 40 per cent rise in calls in 2021, which was an increase on previous years.

“Certainly in 2021 the demand for paramedic services has increased and to meet community needs we’ve needed other services to assist us.“

Mr Worley said the program allowed members to assist with some of the tasks to free up the hands of the paramedics to do their job.

“It’s driving the ambulance, particularly on the way to one of their call outs, carrying the gear, assisting in the handling of casualty and that sort of thing,” he said.

The region’s fire brigades stepped up instantly to help in times of need, responding to calls for assistance from locals and other brigades.

Coldstream CFA Captain Sean Bethell said the brigade has seen an increase in calls this year.

“We’ve done just under 200 calls this year, which is up probably about 40 more calls than previous years. And lot of that’s supporting into Lilydale a bit more than what we’re used to.”

The storms also posed a different risk for the community and CFA call outs.

“The storms that we’ve had, we’ve had some interesting different calls, with people having to use candles instead of still having their power on. So we ended up with a spate of house type related fire calls.”

Captain Bethell said he saw as many as ten calls for candle related fires, more than in previous years.

Crews also responded to more calls into Lilydale during the storms to help with trees down, and also went up the hills to help.

Captain Bethell was with one of the crews who went to clear roadways for emergency services and locals in Mount Evelyn and Kalorama.

“It was scary enough during the day up on Mount Dandenong and Kalorama area, hearing the wind howling and cracking trees, and then to be there during the night where you just couldn’t see what was above you would have been even worse.”

Covid-19 lockdowns were also playing havoc on crews being able to connect outside of emergency situations.

Hillcrest CFA member Rochelle Poulton said it was a tough year for their brigade, but fortunately due to 2020 they knew what it would take to get by.

“Like most brigades it took time to get back into the swing of things once restrictions had eased but we are now at a place where we can call ‘normal’,“ Ms Poulton said.

“We fought fires, attended accidents and even went to false alarms but no matter the time, day or lockdown we always had a crew ready to go and knowing we had that made this year a lot easier.“

For Rochelle, a callout for a switchboard fire at a petrol station stood out for her personally.

“This was my first time going to a job as not only an incident controller but also as lieutenant. Although challenging I knew that I had my crews from not only my brigade but also others there by my side offering me advice and solutions when I was seeking it,“ she said.

“This has been something that has stuck with me for months and most likely into the years. I learnt so much that night and I am forever grateful for everyone who helped me further my knowledge and experience on that call.“

“2021 was a challenging year with Covid, power outages and the situation changing frequently but it was really positive to see brigade and community members alike coming together,“ she said.

“It was a fairly quiet year in terms of responding to bushfires, which we consider positive, however we did experience significant storm events out of the usual.“

Ms Brunt said the storms were “unlike anything that has been experienced in our living memory“ and required a dedicated response from members to help with the clean up.

Although she said it was devastating to see the destruction, it was a phenomenal effort from all involved and it was a great opportunity to work with other brigades and the SES.

While staying connected virtually did help, Ms Brunt said with the turn of a new year, the brigade is looking forward to being able to return to regular face to face sessions.

“We, like most others, are hoping for a quiet new year, with hopefully less Covid interruptions. We have been fortunate to have a couple of new recruits come through, and we are looking forward to getting some further training in with them. We would also love the opportunity to recruit some further members.“