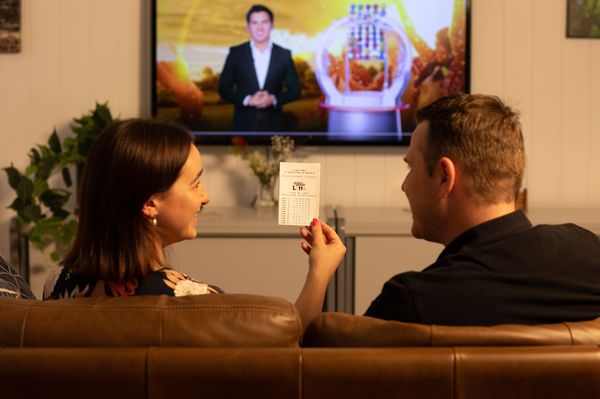 A Chirnside Park woman has declared she is feeling ‘so alive’ after watching her numbers come up in last night’s Lotto draw, scoring her a division one prize of $1 million.

The Victorian player held one of the two division one winning entries across Australia in Monday and Wednesday Lotto draw 3970, drawn Monday 4 May 2020. They each take home a division one prize of $1 million.

As well as winning the coveted division one prize, the winner’s System 8 entry also scored her division three 12 times and division four 15 times, bolstering her total prize to $1,006,218.85.

When an official from the Lott called the woman this morning to confirm the win, she revealed she had watched her winning numbers come out of the barrel.

“I’m very excited, Thank you so much,” she said.

“I always watch the draw every night on TV and when I watched it last night, I was circling each number as it came up on the screen.

“I knew I had all the numbers as they were coming out. I play them every week.

“I always play hoping I’ll win some day and my favourite part is watching the draw. It’s so exciting.

“It’s just marvellous to win. I feel so alive.”

When asked how she planned to celebrate her million-dollar prize, the delighted woman revealed she had not had much sleep after her winning discovery.

“I couldn’t sleep all night after watching the draw,” she explained.

“It’s hard to go out and do anything at the moment so instead I think I’ll celebrate by having a nap knowing that the win has been confirmed.”

The happy winner revealed she knew exactly how she would spend her windfall.

“I’m going to buy my house,” she declared immediately.

“I’ve been renting here for 20 years and I never want to leave so I’m going to put an offer in and buy it.

“I love where I live and it’s a nice feeling knowing I won’t have to leave the area.

“I never thought I’d be able to do it. You’ve given me the best news I could ever receive.”

Chirnside Lotto Agency owner Martin Baillache said he was thrilled a local to the area had scored a million-dollar windfall.

“It’s great when any of our customers win a major prize but it’s even better when it’s a local to the area and a regular player,” he said.

“This is the first division one prize we’ve sold in a couple of years and we hope it’s the start of a winning streak for our customers.

“We have been telling all of our customers we’ve sold a major prize and we are definitely celebrating in store today.

“Congratulations to our winner. We wish her all the best”