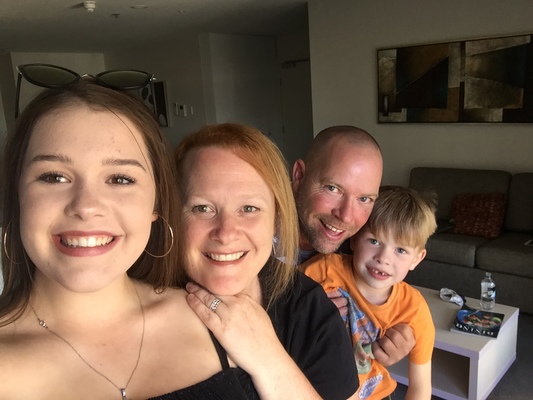 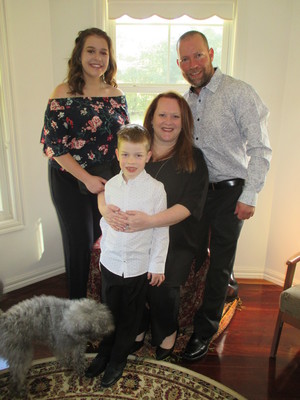 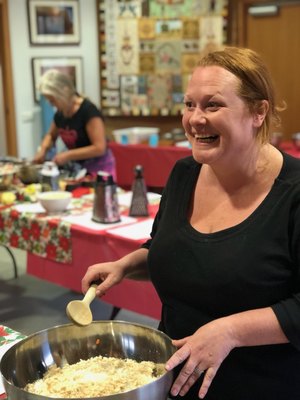 Melanie Harris-Brady barely escaped the Kinglake fires on Black Saturday and didn’t talk about it for nine and a half years.

Then, for reasons she is not entirely sure of, she sat down and in the space of a few hours thousands of words poured out that formed the basis for her recently published book, ‘Ten Years On.’

“I got sick of feeling grumpy all the time so thought I would start a blog about what I had been through,” she said. “I started at 10pm with a bottle of wine and some chocolate and by 2.30am I had 8000 words written and the bottle was empty.

“I had bottled so much up over all those years that when it all was in front of me it was quite cathartic and it felt good to release all of those emotions.”

There were more than 2100 homes destroyed on Black Saturday and Melanie’s home, which she shared with daughter Keeley and family dog Max, disappeared in minutes as she drove for her life to escape the inferno engulfing her street.

It was in the midst of this panic stricken drive that she remembered Max had been left behind and turned the car around to head back. “There was a convoy of cars coming towards me and one of them blocked me and forced me to turn back and get out of there.

“My first husband and Keeley’s dad, Adam, died of cystic fibrosis in 2007 and he had given me Max as a present. The guilt was worse than losing the house and the grief was unbearable, it took years before I was able to say his name out loud.

“We loved living in Kinglake but after the fires I wanted to get off the mountain. Keeley said no; she wanted to gome home to where her friends were and her memories came from.

“I placed a self-imposed media ban on anything to do with the fires. I didn’t want to know, see, hear or relive anything about that day and I haven’t spoken about it much at all until now.”

After the fires author, Arnold Zable, went to Kinglake to talk with people and record their stories on a CD. Melanie locked hers away, waiting for the day Keeley would come and ask her “Mum, what happened that day?”

“Many people have heard bits of the story but Arnold was the only one who was given the whole insight into what happened on the day from beginning to end.”

What sets Melanie apart from the thousands of others who were displaced or affected by the fires is that she has put everything about that day and its aftermath, both physically and emotionally, on public display in her book.

“I think it was just too bottled up and didn’t fit with where I am today and I had shielded Keeley to protect her. After reading it she said she had no idea what I had been through and that was when I thought I had done my job as her mum.

“I reached out to Arnold Zabe during the writing and he said that writing is an act of expression and expression literally means ‘getting it out’. What I have discovered over the years is that in getting it out we begin to work it out.”

Melanie found love again, is married to Anthony and Keeley has a brother, Oscar to share the new house they built on the Kinglake block. For ten years she turned to her grandmother’s jam and chutney recipes for therapy and makes loads of passata every seventh of February.