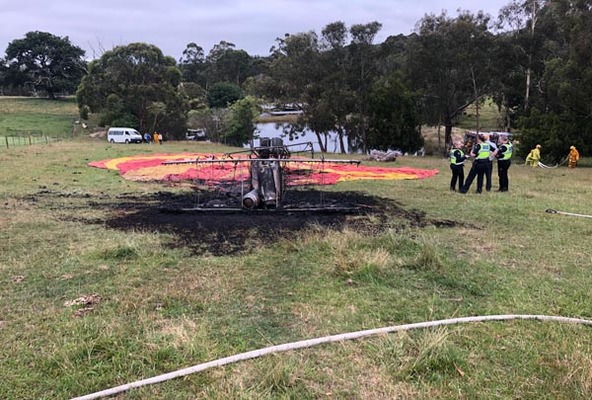 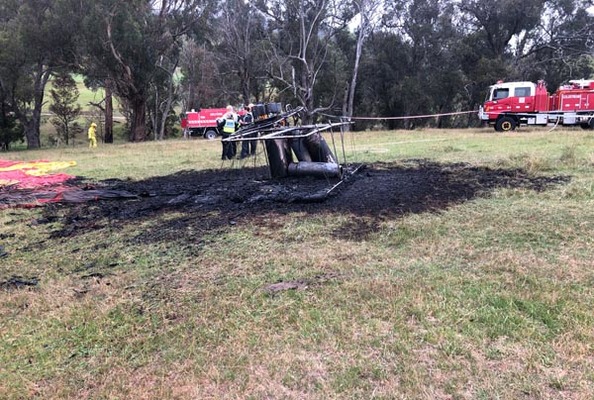 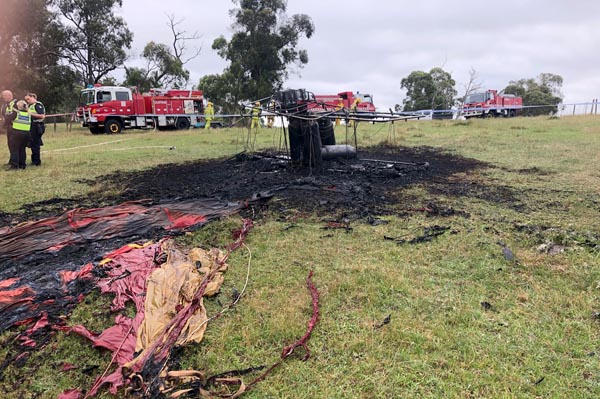 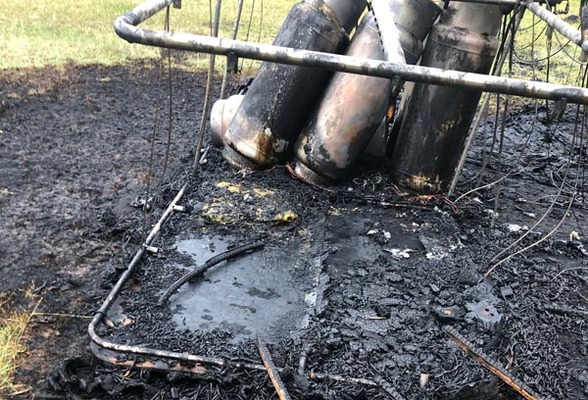 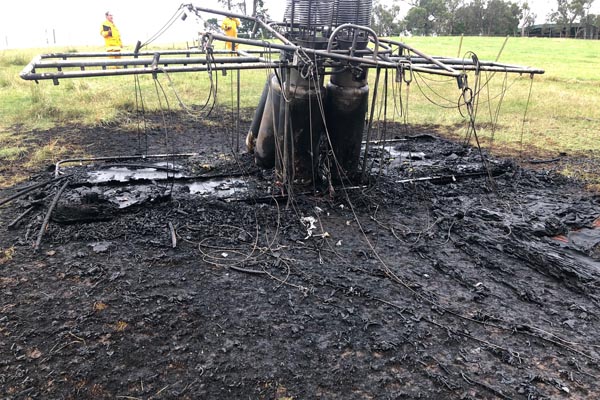 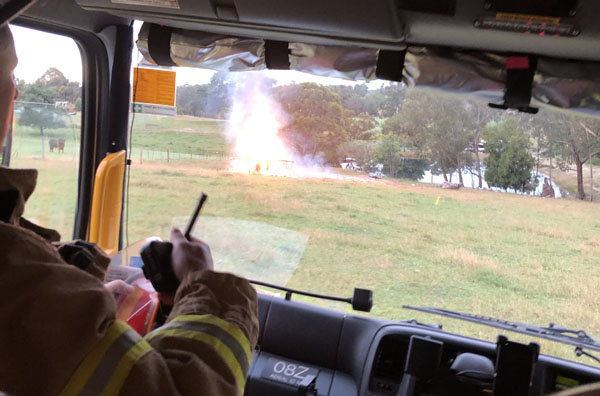 CFA firefighters have commended the swift action of the balloon pilot who landed his burning craft safely in Gruyere on Boxing Day. The balloon, from Go Wild Ballooning in Coldstream, took to the air around 5.30am from Wandin Park with 15 passengers and the pilot.

Shortly after take-off an on-board fire forced the pilot to make an emergency landing in a paddock near Cahillton Road in Gruyere. The pilot was able to bring the balloon down under control to a safe landing for all onboard.

The CFA were alerted to the emergency prior to the landing and arrived on scene just after 6am to find the balloons basket and five gas cylinders fully alight.

It took crews from Coldstream and Gruyere using six trucks to contain the fire to an area covering six by eight metres. The fire was declared under control by the CFA at 6.38am.

Coldstream CFA Captain, Sean Bethell said, “Great job by all who attended the balloon incident on Boxing Day. Pilot did a great job to get the passengers to safety on the ground under stressful circumstances and crews from Coldstream and Gruyere CFA worked well together to extinguish and keep the gas cylinders cool till they finished venting. Thank you to Victoria Police and investigators, well done all.”

Victoria Police reported that one passenger suffered minor injuries and was taken to Maroondah Hospital for observation.

In a statement, National Commercial Ballooning Industry Spokesperson Damian Crock said a comprehensive investigation into the circumstances of the accident will be conducted by the Air Transport Safety Bureau.

“The pilot, one of Australia’s most experienced commercial hot air balloon pilots with approximately 5500 hours in command, flew the aircraft under challenging circumstances and managed to land the balloon safely and then evacuate the 15 passengers and himself,” he said.

Go Wild Ballooning was established in 1989 from the Fraser family’s vineyard, Tarraford, located near Yarra Glen. The company lays claim to having pioneered the hot air ballooning industry in the Yarra Valley and says that ‘passenger safety is our first priority.’

Commercial ballooning is regulated by the Civil Aviation Safety Authority and requires an Air Operator Certificate and pilots must hold a Commercial Pilot Licence (Balloon), also issued by the authority.