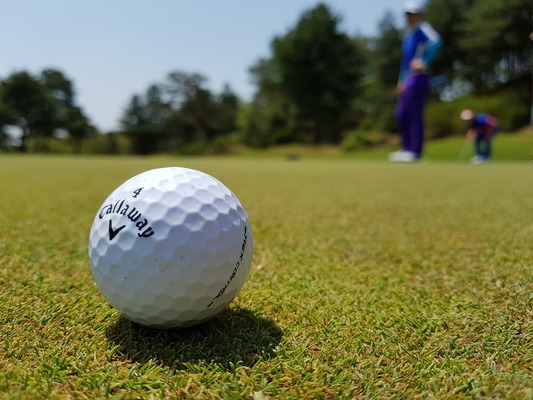 The course is giving up many metres to every well-hit shot, so Warburton Golf Club scores are improving every week.

With 42 sensational points, Ken ‘One-eye’ Barratt snuck in for a well-deserved win in the Wednesday 10 October stableford competition.

Just behind him on 41 was Kevin Conway. Balls went down to only 36.

The nearest the pin winners were John Robinson with a brilliant second shot on the first, CHB on the ninth and John Pote on the 15th.

Twilight has begun again, welcomed in by a field of 29 eager-beavers.

Neil Leckenby won, only on a countback, but with 23 impressive points.

He pipped Steve Patrick, whose score was boosted by an eagle on the difficult second, making for a two for six points.

Balls went to 18. Nearest the pins were won by Robbo on the third, Andy Sweet on the ninth and a delightful second shot by Kim Kennedy on the first.

In the Saturday 13 October stableford, A-Grade went to Steve Wyatt with 42 impressive points.

The runner-up title went to Lance Atwell with a none-too-shabby 41 points.

With all these great scores, balls only went down to 36.

Ellen Pollock is a visitor to the Warburton course on regular occasions.

A great mate of Kim Kennedy’s and long-time golfing partner with Jon Cross, Ellen is a most impressive golfer, playing off a good golfer’s handicap – of seven.

She must be good because she aced the most challenging Par-3 on our course – the fifth.

Fortunately, the group in front saw it roll into the hole, leaving Ellen and her four in no doubt of the result.

Of course, she won the nearest the pin on that hole.

It warms the hearts of most golfers to see someone new to the game win their first daily comp.

It is even more pleasing when that person happens to be – your wife.

Vicki Hottes had her best stroke round EVER to snatch the voucher from two other low-scoring players in the Wednesday 3 October competition.

Mario De Vincentis can think himself unlucky, as he also had a 64 to finish third in the countback, only scoring one measly ball.

The ball rundown went to 68 – at least this scribe got one of those.

Nearest the pins went to Ossie McClay on the third, ‘Old Man River’ Hubbard on the 10th and to Ms Nursey on the 12th.

On Saturday 6 October, Luke Patrick found out that hitting off early had its advantages.

B-Grade went to ‘that old evergreen’ Ralph Logan, with a very impressive nett 67.

Geoff Fall was the day’s runner-up with a great 66.

Low scores meant that balls only got down to 70 – this scribe missed out with a 71.

Nearest the pins were won by Danny Fox on the third, Angus Smith on the fifth, Luke Patrick on the ninth, Neil-Leckenby on the 12th and Tex Van Der Kooi on the 15th.

The Captain’s Trophy was played on the same day, and new member Leigh Creedy came out the winner.