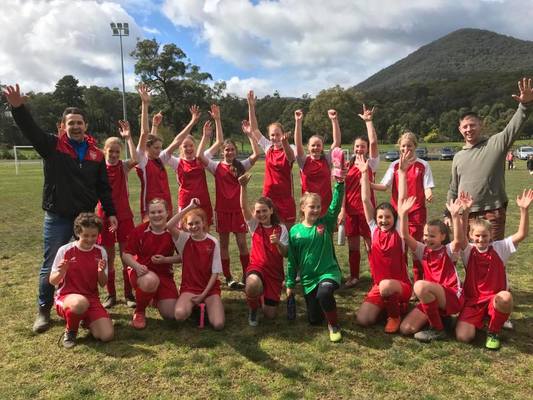 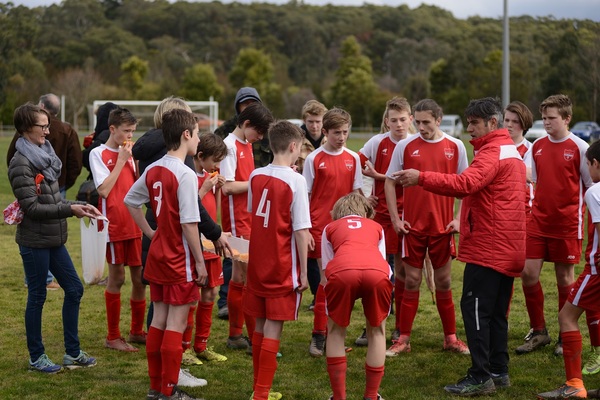 The Healesville Soccer Club under-14 girls finished in second position in their first season following a 2-1 win against Chisholm United at the Don Road Complex on Sunday 2 September.

The hosts started brightly, with a goal to Kiera Steventon seeing the girls with a 1-0 lead at half-time.

In a much more even second half, with striker Steventon netting another goal to give the Reds a 2-0 lead.

The visitors were able to get one back in the latter stages of the second half, but that wasn’t enough as the home side finished the year in emphatic fashion.

“The girls battled, stuck to their guns, and I am so proud of them,” coach Steve Campbell said.

“I hope they stick together, dig deep, and bring more girls to the club.”

Steventon won the Golden Boot in the Girls’ East 13-14D competition after scoring 32 goals for the season.

Healesville’s under-14 boys secured the Under-14 Boys’ East 14 C competition with a 1-1 draw with Montrose, also at the Don Road Complex on Sunday 2 September.

The home side started better, with a goal from James Brown on the counter giving the Reds a 1-0 lead at half-time.

The visitors were looking dangerous in the second half, and were unlucky not to score the equaliser after a goal was disallowed with 10 minutes to go.

Montrose found the net inside the box with just one minute to go.

The draw saw the Reds secure top position and their second title in three years.

“I couldn’t be more proud of them,” coach Nick Caloutas said.

“I loved the boys’ desire, heart and mate-ship.”

The league champions played off against the Casey Comets for a position in the Boys’ Junior Grand Final at IYU Reserve on Sunday 9 September, but lost 3-1.