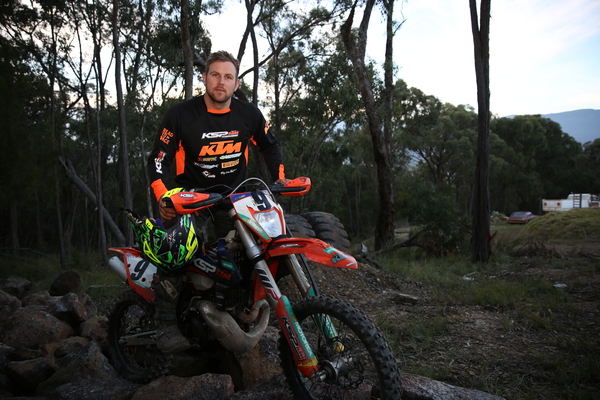 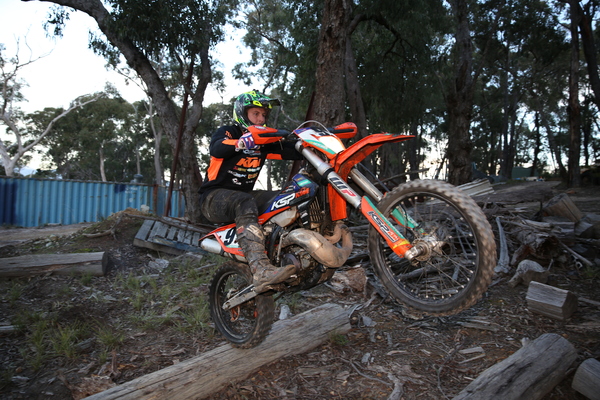 There’s one event in the year that is revered by all motorcyclists as the pinnacle of enduro motorcycling.

Held in an iron mining quarry outside of Eisenerz, Austria, the Erzbergrodeo Hare Scramble starts with two days of high-speed qualifying.

Each year, the event attracts over 1500 passionate and keen riders willing to test their mettle against what is arguably the most difficult enduro course ever created.

On 3 June Healesville Resident Wade Ibrahim lined up as one of those riders and though he did not finish he made it farther than most.

“It’s what they call hard enduro; it’s very similar to trials riding except the obstacles are designed not to be ridden,” he said.

Though competitors set off in groups of 50, the goal is not to try and beat the person next to you rather the battle is against the course itself, and as Mr Ibrahim experienced the course nearly always wins.

“The four hours ran out and I think I ran out myself … I couldn’t talk, couldn’t breathe, couldn’t see, I was out of it.”

The terrain is a constant challenge and includes rock sections, steep hill climbs and even snow.

Add 50 bikes to the mix and Mr Ibrahim said it becomes “almost impossible”.

“There’s a rock section where the smallest rock is the size of a wheelbarrow and the biggest rocks being, maybe the size of a car … that goes for 3kms.”

Like free climbing or free diving there is no ultimate prize or medal at the end, just the feeling of beating the odds and winning.

Though, failing to achieve the goal you set out to complete only drives the addiction, which is exactly why Mr Ibrahim said he will be back at Erzberg next year.

Those who complete the course are credited as the best extreme off-road racers in the world.

“I definitely can’t wait to go back next year and hopefully finish it … there were five Australians who did it his year and no Australian has ever finished it, so it’d be great to be the first,” he said.

“I just love the challenge I love looking at something and going you can’t ride that and going yes I can…it’s about beating the odds.”