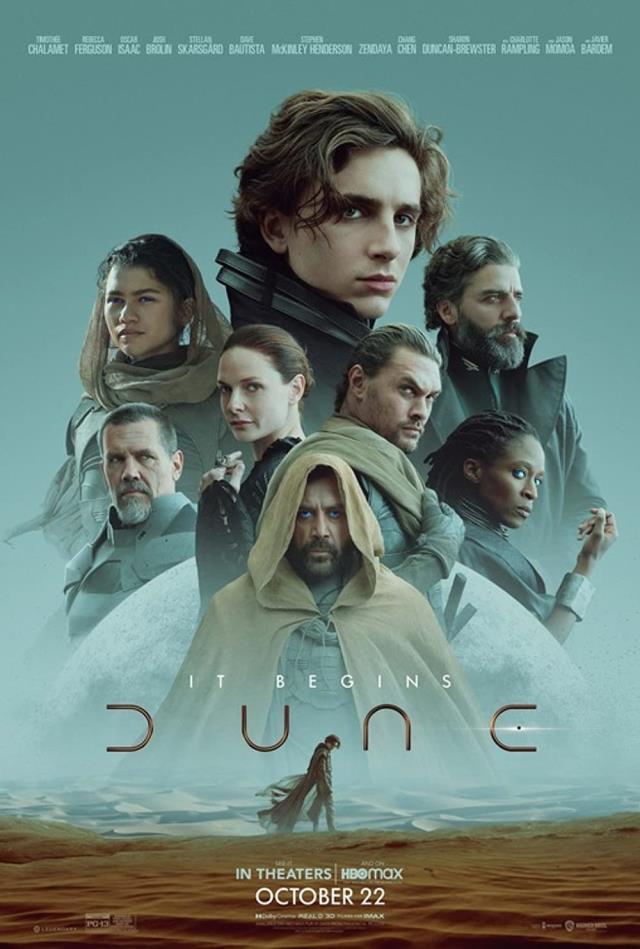 The spacefaring House Atreides is granted control of the desert planet Arrakis as rival House Harkonnen plots against them.

Despite its dense backdrop of destiny, subterfuge and galactic politics, Villeneuve’s Dune is remarkably simple.

Timothée Chalamet is stolid but sensitive as Paul, heir to House Atreides. Every supporting character is memorable and fulfils a well-defined role within the narrative universe. The plot and conflict are clearly-established mostly through deliberate action, as opposed to the relentless talking in David Lynch’s version.

Even at 156 minutes, Dune is superbly paced, rising in intensity while tightening its focus.

As Arrakis turns from a gift to a burden and the Emperor-backed Harkonnen make their move against House Atreides, Paul’s special abilities are tested, city gives way to desert and noble titles crumble until only survival remains.

Dune features some of the most immersive, jaw-dropping art direction in all of cinema: every costume, location and technology feels strange and striking yet familiar and utterly real. The action sequences are enthralling and brought to life with ingenious effects and Hans Zimmer’s otherworldly, majestic score (although I miss the brighter colours and corny rock majesty of Toto’s score in Lynch’s Dune).

Dune is a stunningly beautiful, masterfully-plotted epic, and perhaps the best blockbuster to enjoy after a long lockdown.