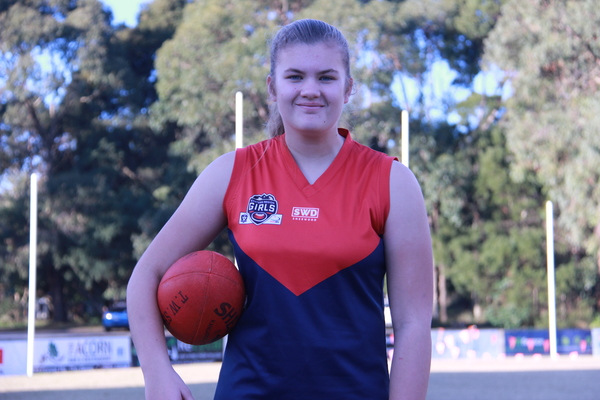 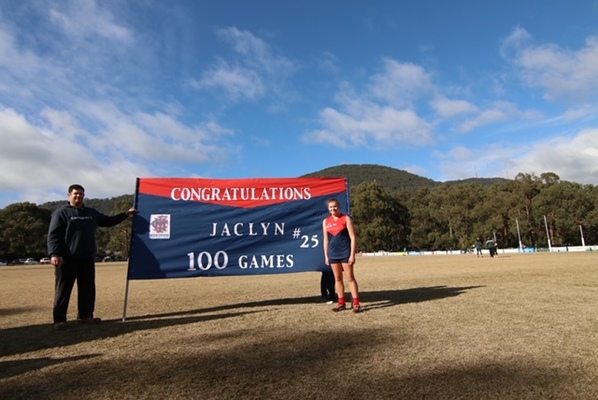 Jaclyn Healy celebrated her 100th game for the Montrose Football Club when she lined up against The Basin on Sunday 30 June.

Healy is one of the first among her age group to achieve the milestone in the under 14 premier division of the Eastern Region Girls Football League.

Healy slotted four goals to lead the Demons to a 20 point victory.

She said she fell in love with the sport when kicking the footy on the streets with her dad and that she hopes to one day play at the highest level.

“I play a lot a full forward and occasionally in the midfield.”

“I enjoy playing with my friends, it’s just fun.”

She said the highlight of her early career was winning a premiership in the under 12s.

Her mother, Lauren Kelly said that Healy kicked her entire team’s score except for one point on that day.

“I’m just really proud of Jaclyn, footy is her passion and she’s just stuck to it,” Kelly said.

“She was the only girl at the club for so many years and they started this girls team so that she had somewhere to go and now it has grown.”