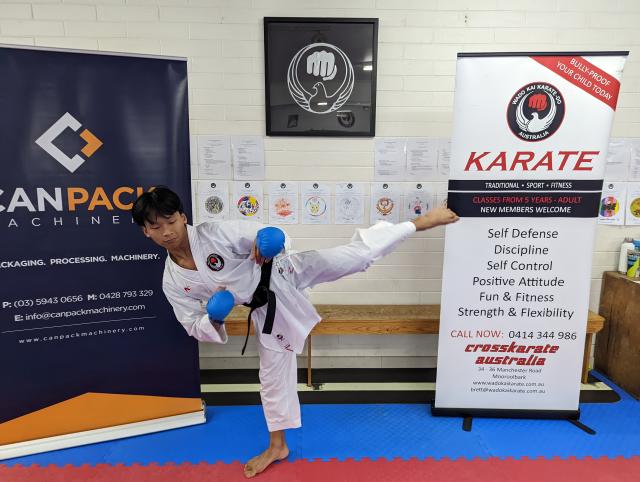 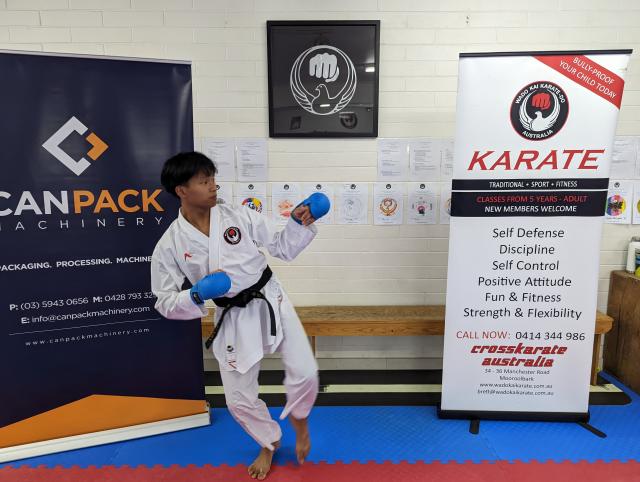 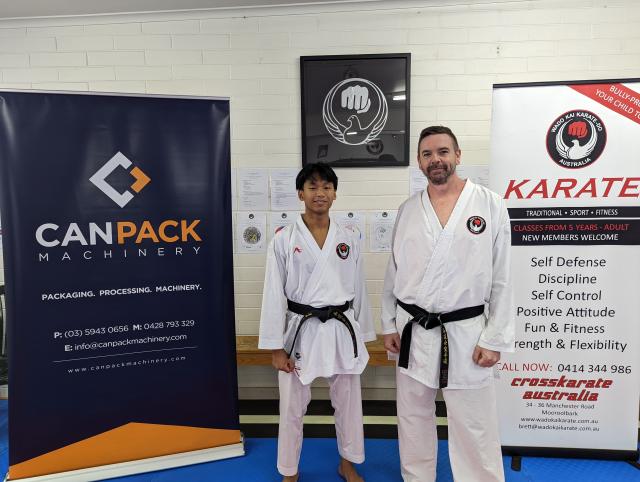 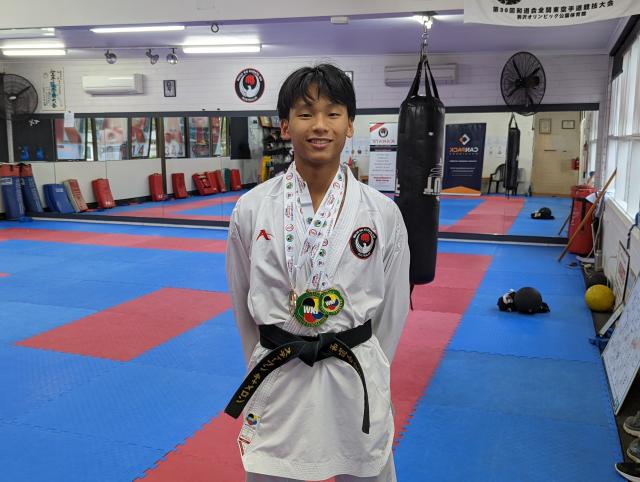 Stephen said he first got into karate through his sister.

“She was the one who wanted to start the sport, and I just joined in,” he said.

“I still most enjoy competing or training with my friends, the championships are nerve-wracking but really fun.”

Stephen currently sits 11th in the world for Junior Kumite Males under 68kg. Kumite is a sparring form of karate, which translates literally to English as ‘grappling hands’.

“He has never complained and always works hard even when he was tired and he’s still the same now, no matter what,” he said.

“It’s a really special feeling to know he was maybe five or six when he started and to see the progress he’s made along the way from a little kid from development division to elite, then to state champion and national champion, and now set to go off to international championships.”

Stephen thanked his sensei and sponsors for their support.

“My sensei has supported me heaps, he’s been to every single tournament and even came along for the international ones as well,” he said.

“CanPack Machinery has been really generous in sponsoring Stephen and his family to go together to the Oceania Championships in Noumea,” Mr Cross said.

There are opportunities for other sponsors to help support Stephen’s competitive journey, particularly for very likely selection for the World Championships in Turkey which will be selected in August following the National Championships held in Queensland.