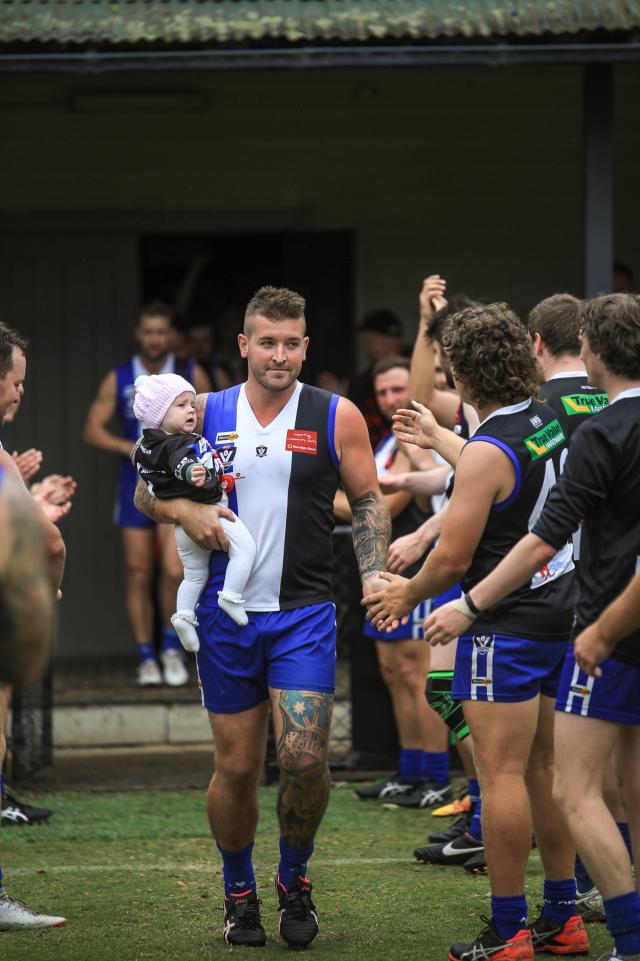 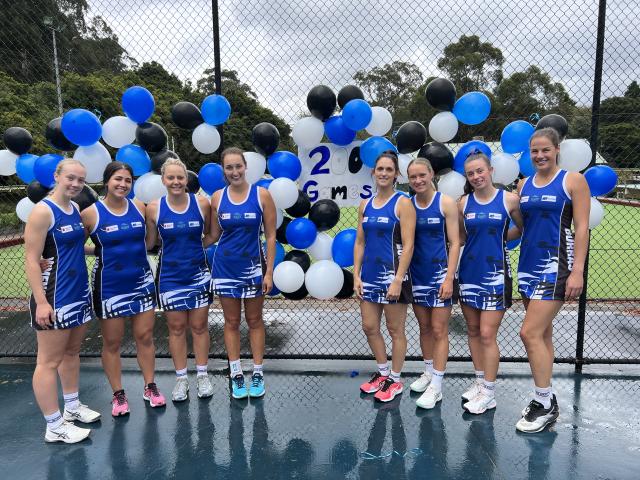 We kicked off the season hosting Alexandra on Saturday 2 April. Although the weather was gloomy, that didn’t reflect the actions and feeling of the day. With hosting 7 matches and coming away with

6 wins, it was great to see so many supporters and Burras colours across the field. Two special matches occurred with Bianca Daniels and Shawn Andueza both playing their 200th match! In what were both exciting matches, it was great to come away with wins for our 2 club legends.

Starting off with 17 and Under netball at 10am, the girls couldn’t manage to get a win but played an awesome game across the 4 quarters. Being a new developed team, they all showed great improvement from their first training session. The final scores were 12-42, Alexandra’s way. The goal scorers for WMFNC were Thalia Thornton (6), Tayah Humphrey (5) and Layla Ata (1). Our top players were Hannah Darwall, Tegan Butcher and Tahlia Thornton.

What an exciting start to our new Under 18’s footy squad. A team that is full of fresh new players from a junior level, they managed to secure an 87 point win in round1! Showing heaps of potential, these boys didn’t let anything get in their way. It’s going to be exciting to see where this season takes this team. It’s a testament to the boys and coach Dave Swankie for getting this team together. Best performers in the match were Jack Freedman, Aspen O’Neill, Liam Westlake, Josh Sharp, Blake Muir and Hudson Semple. Jack Freedman managed to secure 5 goals, Liam Westlake with 3, Hudson Semple with 2 and Angus McDonald, Blake Muir, Tarkyn Nicolandos, Josh Sharp and Elken Croydon all getting 1.

D Grade netball had a bye this round.

C grade came firing straight out of the gates in round 1. Full team efforts down the court as well as consistent second and third efforts was certainly the main focus the girls put on the court. The final score speaks for itself and has certainly shown what we’re willing to do week in week out. The results were 50-16, our way. Goal scorers were Mel Hancock (21), Emily Hay (21) and Brooke de Pedro (8). Top players for this match were Ellie Stahl, Emily Hay and Brooke de Pedro.

B Grade also came away in what was an exciting 2 goal win. A new-look team, showed that they can hold their nerve in close matches. Holding onto the lead throughout the match was a testament to a strong whole team effort from a fiery defence right through to an accurate attack. A round one win to be proud of. Goal Scorers for this match were Alexandra Woods (16), Jordana Butcher (13) and Ella Meerkotter (6). The best players were Sally McIntosh, Alexandra Woods and Katelin Borondy.

Building throughout the game saw A grade come away with the win. Despite having a number of key players out, we were able to maintain focus and consistently build on our lead across all quarters. With the end score being 44-33, Burras secured the 4 points in round 1. We saw a star performance from Gabrielle Woods, Bianca Daniels and Shae Gee. Goal Scorers were Shae Gee (26), Kirralee Luiyf (12) and Bianca Daniels (6).

For the reserves football, it was good to be back out playing and taking home a round 1 win is a perfect start to the season. In a strong match and securing a win by 70 points, the Reserves were able to to get a good start to the unfinished business that was left in 2021. Top performers on the day were Shannon Noonan, Marcel Kocher, Matthew Godenzi, David Bedggood, Michael Heyne and Ricky Andueza. Goal kickers were Nic Toy with 3, Marcel Kocher, Ashley Taylor and Lee Weir all securing 2. Noah Erickson and Michael Heyne both kicking 1 to their name.

Our Seniors boys finished off the round with a great win! James Iacono taking over the reins this season and having 7 new players in our round 1 side, it was awesome to get a win against a strong Alexandra. With the final score being 14.17-101 to 12.10-82, Iacono mentioned, “Happy for the players and all involved with the club with the win. It’s nice to get a little reward for all the hard work they have done in the preseason”. Jack Farrugia getting 4 goals to his name, Mitch Bonuda with 3 and Trent Elliott and Shaun Marusic with 2 to their name. Harry Rothwell, Mitch Gordon and Pat Huynh all managed to secure 1 also. Our top players throughout the match were, Nelson Aldridge, Shaun Marusic, Jack Farrugia, Brady Mitchell, Matthew Wright and Mitchell Bonuda.

We can not wait to take on Powelltown next week! Go Burras.