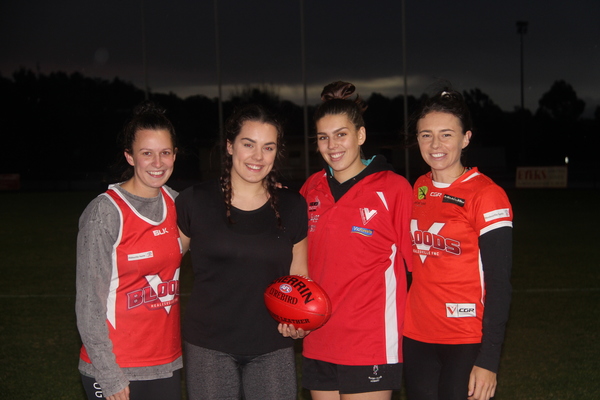 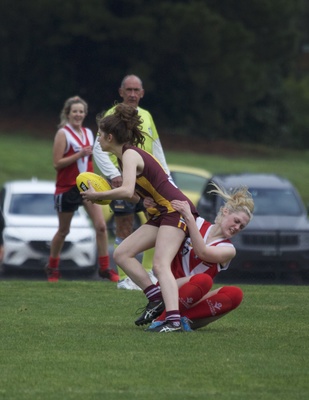 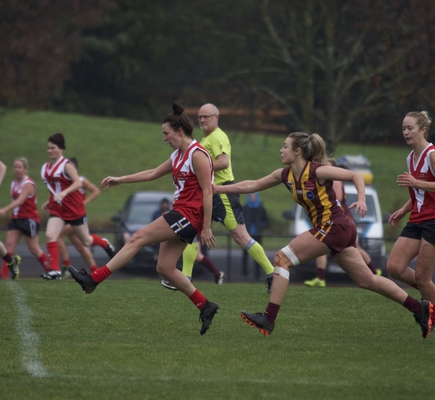 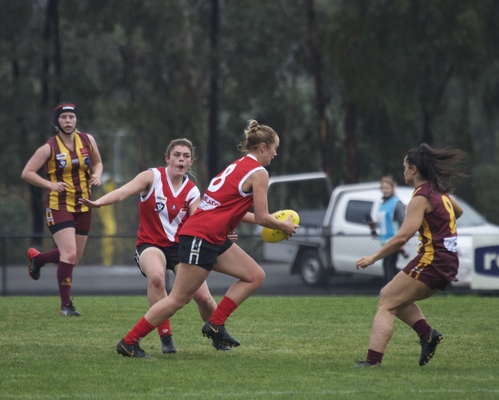 Healesville sit atop the ladder with six wins in the Deakin Uni Senior Women’s league having recently defeated Monbulk, who were also undefeated at the time.

“We never expected to be where we are but we’re all really proud of each other. It’s such a good team environment with these girls.

“The reason we are where we are now is because of the great support that we have for each other, and the skills come after that.”

Another player, Ali Bryan said, “Lots of the girls have to play netball and footy on the same day, which is a big challenge physically and then to have to work everything out with kids and travel.”

Bryan said that some of their netballers start their games sporting bruises, having already played footy for the day.

She said that some players and their partners at Healesville Football Netball Club are often juggling several playing and coaching roles.

Due to the influx of new teams at local clubs, the senior women’s team often play their games at different times, ranging from Friday nights, and Saturday and Sunday mornings or afternoons.

“We started trying to get the team together in July last year, we had our first trial training night in August and only had three girls come along to that,” Bryan said.

“We didn’t know if we were going to have a team, so we just wanted to focus on building a good culture from the start.”

Bryan had played two seasons for the Darwin Buffettes. On occasion the club would have her fly up from Melbourne to compete in games.

“It’s been a long process trying to get the girls together but we got there in the end and now have heaps of numbers.

“And they’re really good, they are really committed to getting to training and working really hard on game day.”

Bryan brought her two children to training, who were then picked up by their grandparents.

She said it’s a common sight for younger kids to be around on training and game days and that club members and family members have been great in helping out.

“I don’t know how, but everyone just makes it work. Everyone knows what they signed up for. It’s a lot of juggling but we’ve had a lot of support from our family and people around the club.

“We know that we can bring our kids to training or to games and we know that there will be someone here who will be watching them,” Bryan said.

Healesville is hoping to field a second senior women’s team next season and has a message for those who may consider signing up for their first season of footy.

“Just have a go. It’s such a new league, so it’s just about having a bit of self-confidence and belief in yourself. Don’t be scared to have a go,” Bryan said.

“Hopefully within five or ten years, we’ll have an under 18s, a seconds and a firsts side. I think Healesville has the population for it and there’s heaps of potential with all the junior girls coming up for the league to grow.”

For those still wanting to join the team for the current season, Healesville welcomes women aged 18-40 to contact the club to inquire about joining prior to 30 June.