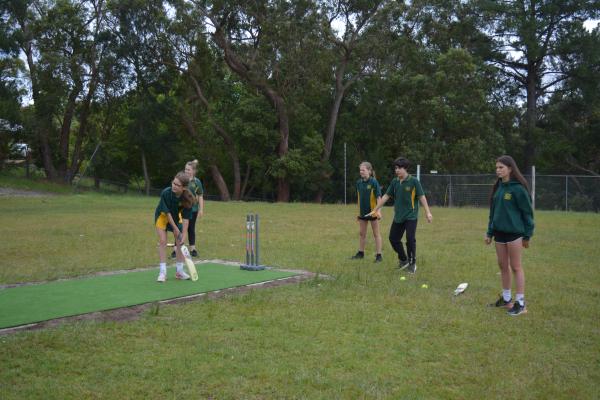 Yarra Junction Primary School now has a new cricket pitch thanks to the efforts of School Captain Charlie Ward.

Charlie has excelled as a leader for his school, dedicating his year as captain to raising funds for a new cricket pitch for the school oval.

In Charlie’s application speech last year, he promised students he would make the upgrade happen and now all of his work has come to fruition.

“It wasn’t very even and it was a safety hazard because there was cracks and grass growing through it and it made it hard to walk over without getting your foot caught in places,” Charlie said.

Charlie said he doesn’t play much cricket himself, but identified it as something that needed fixing so other students could enjoy it.

The young leader spent the majority of this year fundraising, running a successful campaign contacting businesses for donations and for goods to use in a raffle to raise funds through the school community.

“I had to write a lot and send a lot of letters to different companies, such as Kmart and Cricket Victoria, because it was a cricket pitch.”

Some things didn’t come to fruition like attending a Bendigo Bank community grants information night, but Principal Lisa Rankin said it was great skills to learn as a leader.

“I said to Charlie, sometimes the work you do as a leader doesn’t always result, but he gave up his personal time at night to sit in a meeting with me to be able to do that, and great leadership skills have been learned – even though not everything he did turned out,” Ms Rankin said.

Charlie and his dad also created an intricate donation box with a cricket twist which was placed at the Bendigo Bank.

“It was a box but it looked like a cricket pitch, and you rolled the coin down into the slot,” Charlie said.

Through his efforts, Charlie was able to raise more than $1,000 and the pitch was installed during the last school holidays.

“It was very amazing to see the difference from the old one to the new one. I was very proud of it compared to what it used to be,” Charlie said.

“When you get up and state that you’re going to do something and you’ve achieved it is, you know, it’s a credit to Charlie,” Ms Rankin said.