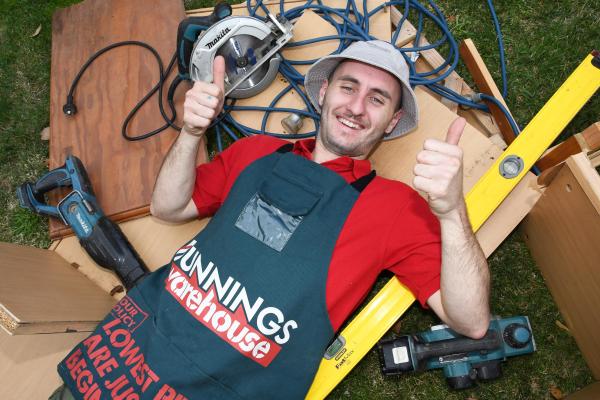 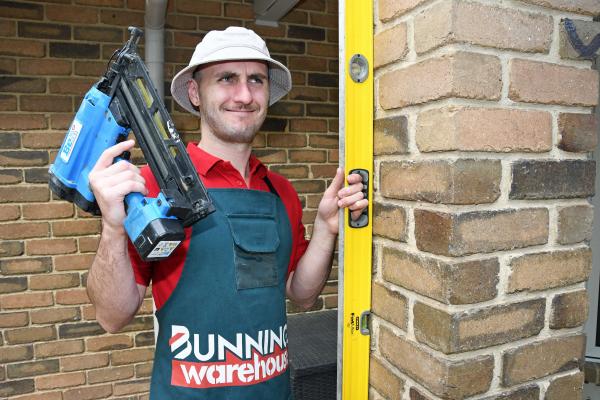 A Healesville resident has gone viral online after impersonating a Bunnings worker in a spoof TV ad attracting over one million views.

Luke Donkin garnered over 250,000 views in just 24 hours after touring the hardware store in a Tik Tok video that had some fooled for being a real Bunnings commercial.

And you wouldn’t be blamed for being tricked into thinking it had the potential to be real as Mr Donkin was decked out in a Bunnings uniform with the video featuring the hardware store’s iconic jingle.

“Grab a gift card for the wife for the wedding anniversary. She’ll hate it, probably throw it at you in an argument about you not caring enough but you’ll be here the next day f***ing spending it!” he said in the video.

“Huge range of indoor plants here,” he said walking through the store. “I’m telling you right now, you will be leaving here with one and you will most likely kill it, you’ll f***ing kill it.”

Since posting the video to Facebook and Tik Tok on 5 April, Luke estimates to have well over one million views on his channels, while his video had circulated across national news, Sunrise and other media outlets.

Luke spoke to Star Mail and shared his surprise at seeing the Tik Tok blow up online without him knowing.

“I had no reception all day when it happened, so I got home that night and saw it all. It was all over the news, which was pretty cool.”

But it’s not a one off as the Healesville local has videos all across town, including travelling around Healesville in a wheelchair wearing a neck brace as part of an A Current Affair dole bludger story. He’s also been seen as a Coles staff member, lollipop man and a council worker.

It was the third video he had filmed in Bunnings and after the success of his latest, he plans on going back to film more.

“It’s good to make something that’s so relatable for everyone I think… The Bunnings music is such a classic tune, it sells it straight away. I’ve watched so many Bunnings ads, as has everyone in Australia, they always pop up on TV.”

After working as a carpenter for seven years, the 25 year old quit his job to follow his dream of being a comedian. He described the process of walking into a Bunnings store to film his video as “intense” and “scary”. It involves him planning and scripting the skits to ensure he knows where he needs to be.

“It’s really hard. I walk into the store with a jacket on, zipped up. I probably look like I’m robbing a bank to be honest, it’s real shady man.

“We kind of just shoot what we need and try to avoid staff and customers… I did have one customer come up to me and ask me where something was and I had to try and figure it out for them. I’d say ‘uh it’s in aisle 68’ and they’d say, ‘no I was just in 68’ and I’d think, what am I doing?”

Luke said he has hopes Bunnings would reach out in a positive way regarding his videos and that he had even applied for a job at the warehouse on two occasions.

“A lot of people think I work there now, which is cool because it’s actually been a dream of mine.”

Another one of Luke’s videos saw him take on the role of a construction worker employed by VicRoads. He filmed on the Maroondah Highway on a stretch where roadworks had been left unattended.

“Weeks, months, could take up to a year depending on how much standing around we do,” he said in the video while holding a road sign. “Working for VicRoads is kind of like JobSeeker, you get paid for doing nothing… Step one – rock up, step two – stand around, step three – knock off.”

The former tradie turned comedian said he does his best to make his videos relatable to anyone watching.

“If you’re a local, surely you would know how frustrating the Maroondah Highway roadworks have been for everyone. 40km/h is just not a nice speed limit on a road like that.”

Luke said locals had taken notice of him from his videos and that he’s now known as ‘The Bunnings Guy’.

“I’m grateful for anyone reaching out like that or recognising me, that’s always a good thing. It’s nice to have a good chat with whoever has had a good laugh at my videos.”

Here’s what people are saying:

Bunnings would be stoked with this!

This is the funniest thing I have watched on here in ages. I can’t wait for the next one.

That is the funniest thing love it, wonder what Bunnings think.

Well you’re wrong about the wife throwing the gift card back….I’d love it!