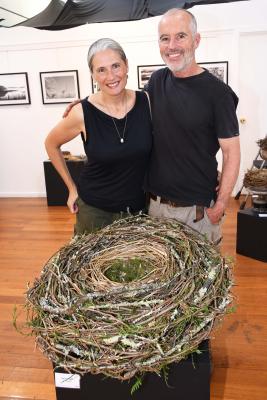 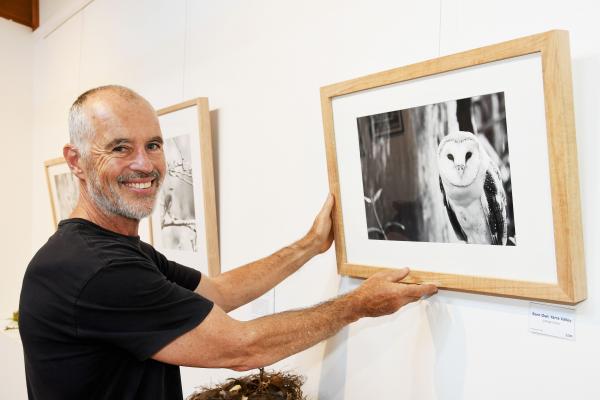 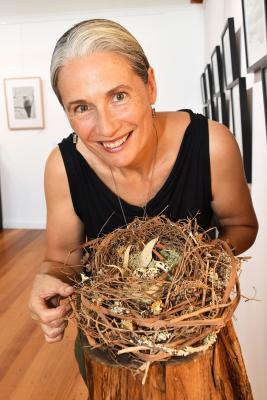 A new art exhibition titled ‘Fledglings: Nature and Nests’ has arrived at the Warburton Waterwheel Gallery for April. The exhibition […]

A new art exhibition titled ‘Fledglings: Nature and Nests’ has arrived at the Warburton Waterwheel Gallery for April.

The exhibition was created by two local artists George Grace and Zora Verona and showcases the beauty of natural fibres. Zora’s collection of ephemeral sculptures honours the art and architecture of birds nests, while George’s series of black and white photos are a response to a natural world that offers much inspiration.

Together, Zora’s nests and George’s photography are a celebration of flora, fauna, found objects and place.

In the late 1800s nest collecting reached a fever pitch. It was officially outlawed in most countries, to protect nests, eggs and, most importantly, the birds themselves from being driven to extinction.

Zora’s works are in response to that desire to possess and collect objects of natural beauty. As an ode to the birds, and the humans too who wish to collect without guilt, Zora’s series of handmade nests are recreations for all to own and enjoy.

“We wanted to recreate these beautiful artistic works that people could possess and own,” Zora said. “We wanted it to be ephemeral to celebrate the beauty and decay at the same time. When you’re tired of it, you can just pop it in the compost.”

Zora said she drew inspiration from a study which found birds using snakeskin to build their nests to ward off potential predators.

“We’ve told quite a few stories of the birds and their nests. One of the nests uses snakeskin and upon doing our research, when a bird uses snakeskin, they don’t use it for fashion but to fend off their foes.”

The exhibition aims to be informative as each nest sculpture is accompanied by a blurb giving insight into birdlife and nesting.

An excerpt from the Succulent Snake work reads: “Amazingly, studies conducted by a University in Arkansas demonstrated that when bird nests were woven with snake skin, or even the opening to the nesting cavity was adorned with snake skin, this methodology was 100 per cent effective in warding off wayward predators in search of tasty eggs. Nesting boxes with no snake skin however, succumbed to raids 20 per cent of the time.

“In crafting my nest, I hope you find it to be a delightful blend of all three; fashion, folly and it may even ward off your foe.”

Originally Fledglings was scheduled for later in the year, until a cancellation at the venue led to Zora bringing the exhibition forward. George explained how the news put him under the pump to bring the works together.

“I was pushed out of the nest! There was no soaring from the beginning, I was pushed and I plummeted,” he joked.

George said he’s looking forward to seeing friends and family at the exhibition and explained what he hopes the public will take away from Fledglings.

“Anything that echoes the beauty that’s around us and reminds us how important it is to offer protection, I think that’s a good thing.”

Fledglings will be exhibiting from 7-27 April at the Warburton Waterwheel Gallery.