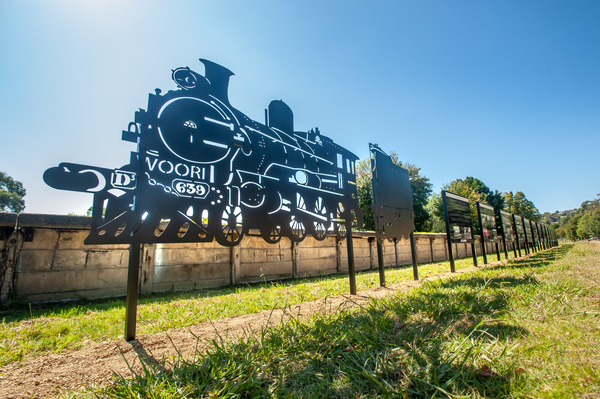 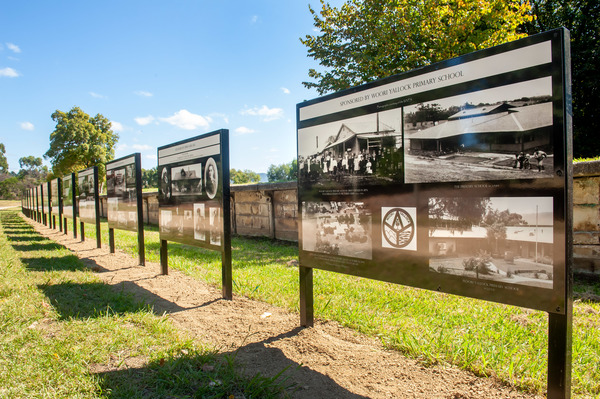 A new mural highlighting the history of Woori Yallock was unveiled on Sunday 22 March. The free-standing mural sits at […]

A new mural highlighting the history of Woori Yallock was unveiled on Sunday 22 March.

The free-standing mural sits at the old Woori Yallock rail station on what is now the Warburton Trail and depicts a laser cut train engine as well as several carriages which display information and historical photos of the township. Community organisations such as Hillcrest Fire Brigade and Woori Yallock Primary School contributed to the project.

In 2016 Launching Place resident Norm Orr, who helped in the creation of murals in Warburton, pitched the idea to Woori Yallock Community House and now the idea has turned into a reality.

Mr Orr said he hopes to see murals all along the Warburton Trail as he has been helping in the early process of other murals in Wandin and Millgrove.

“It looks fantastic … My aim is that I would like to see the rail trail turned into a mural trail,” he said.

Mr Orr said he was pleased that the entire project was undertaken by local businesses and organisations.

“It’s pretty much a local project from the organising, designing to completion … All the expertise was in our own backyard.”

Mr Orr said he is looking forward to seeing the completion of another mural project in Wandin, where his family has a long history in the township.

The Woori Mural Project was completed by Woori Yallock Community House in partnership with Yarra Ranges Council and a variety of community organisations such as Woori Yallock Township Action Group and more.