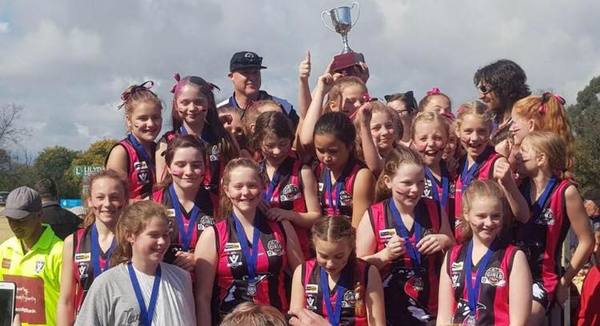 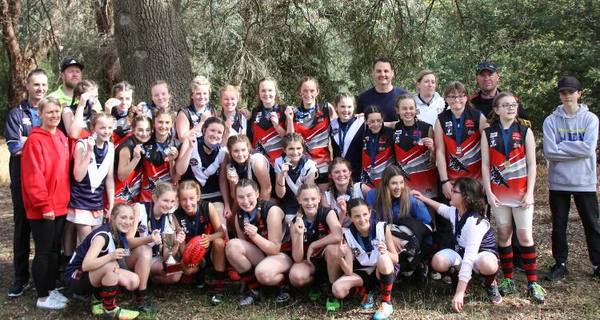 Seville, Yarra Glen and Belgrave have a premiership cup to add to their club’s cabinet following the Eastern Region Girls – Yarra Division grand finals played on Sunday at Yarra Glen.

Female talent and competition co-ordinator for the Eastern Region, Jessie Mulholland, said the exciting round of grand final matches was played out in perfect football weather at the Yarra Glen oval.

“There was a great atmosphere around the ground with great support for each match and plenty of warm, sunshine,” she said.

The opportunity to play football in a grand final atmosphere is something that is increasingly on the agenda of girls throughout Yarra Ranges.

“We started with 89 teams last year and that’s climbed to around 130 this year,” Ms Mulholland said.

“A lot of our teams have come up virtually at the last minute and we’re putting teams together with girls who have never played but who have really embraced football at team level to create an exciting environment for female football.”

Next Sunday 9 September will see the last of the women’s grand final matches played out at the Lilydale Oval with two divisions playing for their respective premiership cups in the Deakin Uni Senior Women’s 2018 finale to what has been a great season of women’s football.

In Division 1, Mount Evelyn will play Vermont and in Division 2 Donvale will play Blackburn.