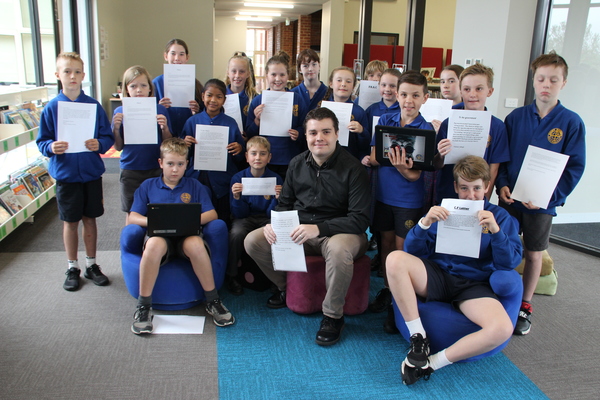 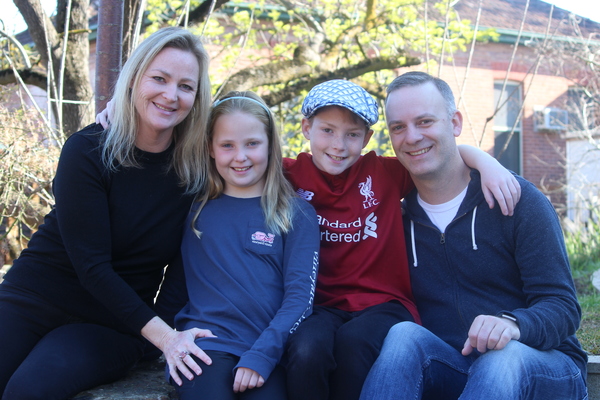 The Bowness family of Healesville have been thrown a life-line with the listing of cystic fibrosis (CF) medication Orkambi on the Pharmaceutical Benefits Scheme earlier this month.

News that the Pharmaceutical Benefits Advisory Committee (PBAC) had listed the drug after three previously unsuccessful attempts is life-changing for Stephen and Kirsty Bowness and children Liam, 11 and Grace, 9, who have CF.

Kirsty and Stephen said they found it hard to describe their feelings at the news which follows a three year campaign.

“It’s been really hard for us to articulate what this means to us,” Kirsty said. “For Stephen and I, this is the first time in 11 years, since Liam was born, that we have a very solid sense of hope for Liam and Grace, for their health and for their future,” she says, pausing to take in what that actually means.

“Even just voicing that makes me so emotional,” she says.

Liam and Grace are among 1200 Australians living with cystic fibrosis (CF) who need the drug which has been proven to be successful in improving lung function and increasing weight, resulting in fewer lung infections and less time in hospital.

At a cost of more than $290,000 a year, Orkambi has been out of reach of most people, let alone a family with two children.

The PBS approval will bring the cost down to around $40 a month, less for concession patients.

The family mounted a strong local letter-writing campaign in May as fear grew that another knock-back could see the pharmaceutical company which manufactures the drug, Vertex, back out of Australia.

The family’s campaign for PBS listing follows years of fundraising for research through the Royal Children’s CF Trust, including events well supported by their own Healesville community.

Their 2017 PBS campaign included a letter by Liam to local MP Tony Smith that led to a visit to Canberra last year and a meeting with then Health Minister, Greg Hunt.

Once again, the drug failed to get the crucial go-ahead from the PBAC, and the family, and the wider CF community threw everything into this year’s submissions.

The process to get life-saving drugs listed on the PBS is enormously frustrating and while Kirsty acknowledges that for any family affected by a life-threatening condition the response will always come from an emotional perspective, the fact that drug companies can work so hard to come up with a life-saving drug which is ultimately financially out of the reach of the vast majority of people is hard to fathom.

What is abundantly clear is the goodwill of ordinary people, demonstrated in the response to the call out in May for people to make submissions to the PBAC.

The children’s school, St Brigid’s, mounted a campaign of letters from students, teachers and families, and the broader Healesville community responded as well.

“The overwhelming support from the community in Healesville, family and friends and that everyone did individual responses, I think that’s what made a significant difference this time,” Stephen said.

“I feel like Healesville and our little corner of Australia made a lot of noise with all of our letters, media attention and all of the submissions, I feel we were definitely part of that and feel very proud and grateful,” Kirsty added.

The hope now is that the government will fast track access and that Orkambi will be available to Liam and Grace by October.