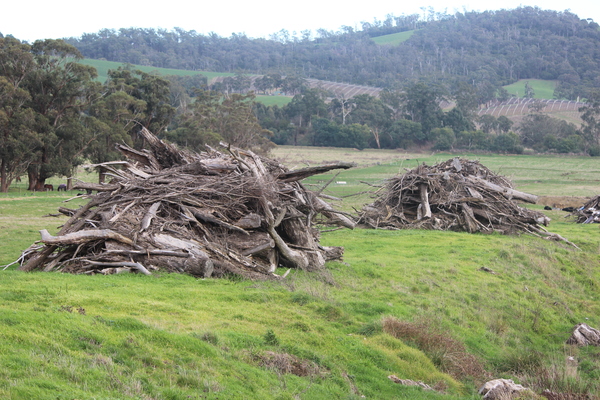 New local laws for burning off are now in place. Yarra Ranges Councillors voted to make the Open Air Burning […]

New local laws for burning off are now in place.

Yarra Ranges Councillors voted to make the Open Air Burning Local Law at their Tuesday 24 July meeting, but not unanimously.

His changes removed a ban on Sunday burning in rural areas and added mention of burning for biosecurity control alongside burning for fire prevention.

Cr Child said farmers couldn’t predict when they’d need to burn for biosecurity, when the right conditions would present, and when a burn-off might need to continue over a Sunday.

“We need to allow our farmers the right to farm and manage their properties in a sustainable manner,” he said.

“Our farmers have been in this so long. They know what they’re doing.”

“I can go along with basically everything in it, except the Sundays,” Cr Cliff said.

“Sundays is when we get the bulk of our six million visitors.

“I don’t want to do anything that I think could jeopardise that.”

He suggested a permit for Sunday burns deemed necessary.

“We’ve managed to survive Sundays without smoke for forever,” he said.

“Let’s not wreck what we’ve got here.”

But Cr Child said a permit system was impractical.

“Mother nature works seven days a week, too,” he said.

“I think we should be taking some days out during the week to help restore those atmospheric conditions,” he said.

He referenced a verbal submission from Emerald resident Kate Forster at the meeting, which raised health concerns.

She told councillors that “smoke pollution knows no boundary” and burning off produced “a toxic soup” that “need not be visible to be harmful”.

She said 24-hour burning was allowed in Cardinia Shire and fire brigade call-outs increased when people took their eyes off their burn around dinner time.

Ms Forster suggested Yarra Ranges work with the community on education and creative alternatives to burning off.

The council received more than 210 submissions on the local law and heard verbal submissions at a special committee meeting in June.

Yarra Ranges Mayor Len Cox, said the local law would be in place for the next 10 years.

“As a result of the community’s feedback, we’ve made changes to ensure the local law works for our residents, while striking the balance between the need to burn off excess vegetation and the right of our residents to live in comfort without excess smoke,” he said.

The maximum wind speed under which burns are allowed is now 19 kilometres an hour, and permits are only required for burning off in urban areas.