TarraWarra Museum of Art will be the exclusive Victorian tour venue for the 2019 Archibald Prize, Australia’s oldest and most […]

TarraWarra Museum of Art will be the exclusive Victorian tour venue for the 2019 Archibald Prize, Australia’s oldest and most prestigious art award from 14 September to 5 November.

Presented by the Art Gallery of New South Wales, the annual portrait exhibition provides a snapshot of Australian culture – from politicians and celebrities to sporting heroes and authors.

Since its inception in 1921, the prize has been awarded to some of Australia’s most important artists, often inciting controversy while chronicling the changing face of Australian society and evolving definitions of portraiture.

Tony Costa won this year’s Archibald Prize for his portrait on leading contemporary artist Lindy Lee on Friday 10 May.

Amongst the 51 works in this year’s exhibition are paintings which portray significant Australian subjects.

Musician Megan Washington is depicted with her child by Loribelle Spirovski; Keith Burt captures author and journalist Benjamin Law; Bidjigal elder and artist Esme Timbery can be seen in a striking portrait by Blak Douglas; and the late Edmund Capon is poignantly portrayed by artist John Beard. 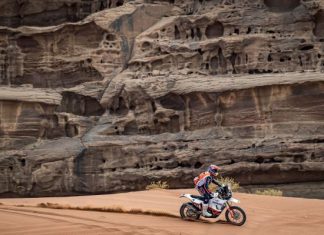